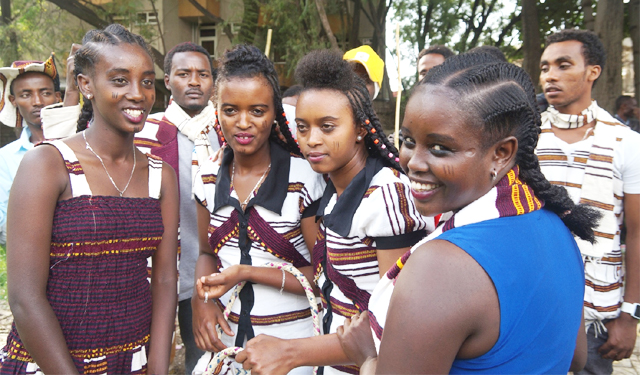 Addis Ababa (FBC) – Fiche Chamballala, New Year among the Sidama people, has been registered as Intangible Cultural Heritage of Humanity by UNESCO.

Ficha was one of the 23 elements inscribed out of a total of 35 that were proposed at the 10th session of the committee for the safeguarding of intangible cultural heritage meeting in Windhoek, Namibia.

Fiche Chamballala will be Ethiopia’s second Intangible Cultural Heritage of Humanity to be inscribed by UNESCO, next to Meskel festival, the finding of the True Cross.

Ethiopian delegation led by Me’aza Gebremedhin, State Minister of Culture and Tourism, is attending the meeting opened on 29 November with the participation of 500 delegates from 100 countries.

She congratulated Ethiopians and the Sidama people on the registration.

Fiche Chamballala’s inscription as Intangible Cultural Heritage of Humanity will have an irreplaceable role to pass it down to the next generation, build image of the country and for researchers to conduct a study on the festivity.

The country has already submitted detailed study findings of three intangible cultural heritages to UNESCO for registration, including the Gada system, one of Oromo people’s unique culture, Desalegn said.