One of China’s biggest airlines, Air China, is going to launch a new route to Addis Ababa at the end of this month.

Air China will commence a thrice weekly flight between Beijing and Addis Ababa with a wide body aircraft as of October, 2015. Air China will deploy Boeing 777 and Airbus 330 aircraft on the Beijing-Addis Ababa route.

Ethiopian Airlines Group CEO, Tewolde Gebremariam, told The Reporter that Ethiopian Airlines welcomes Air China to fly to Addis Ababa in the principle of reciprocity as Ethiopian flies to China. “Air China is our Star Alliance partner and we will have a combination of both competition and cooperation on the route,” Tewolde said. 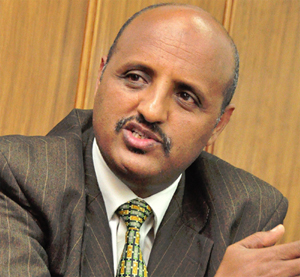 The CEO said that Air China will have its own pricing strategy adding that Ethiopian is willing to work together with the Asian carrier. “This is a new form of doing business which is emerging in the world. You compete and at the same time you cooperate. It is a complex relationship but it is rewarding to both airlines.”

As China’s presence in Africa is getting stronger Chinese Civil Aviation authorities are pushing Chinese airlines to serve Africa. So far there have been limited African routes operated by Chinese airlines. The government of China is eager to see its own airlines represented in Africa.