Portland, Oregon – Ethiopian Airlines won Best in Region – Africa Award for the third year in a row when the Passenger Choice Awards was announced here at the APEX Expo.

Ethiopian stood to be the most winning airline, nominated in eight categories but it was Emirates that stole the show, sweeping seven awards and nabbing a trophy for each category it was nominated in.

And the Winners Are:

Presented to an individual whose long-term efforts, dedication and sustained commitment have supported the organization.

Awarded to individuals whose contributions, innovations and leadership has generated a significant improvement to the overall passenger experience. 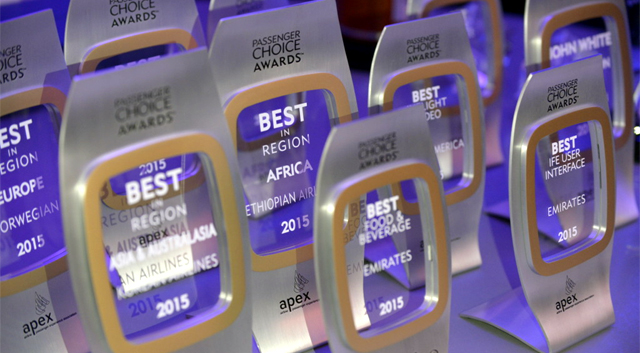