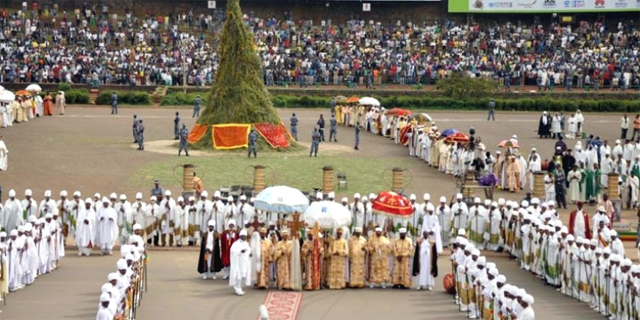 Addis Ababa – Ethiopian Orthodox Church followers across the nation celebrated Demera, the tradition of burning bonfires on the eve of the anniversary of Meskel (Finding of the True Cross) yesterday colorfully.

Patriarch of the Ethiopian Orthodox Church, Abune Mathias I, on the occasion said Meskel is considered as a symbol of healing, love and friendship.

This year’s celebration is unique as it coincided with the Pope’s visit to Ethiopia and the inscription of Meskel on the Representative List of the Intangible Cultural Heritages of Humanity by UNESCO, he said.

The Pope’s visit will cement the religious and historical relations between the two countries, Abune Mathias I added.

The longstanding relation between the two countries is tied by Nile River, he said, adding the Grand Ethiopian Renaissance Dam (GERD), which Ethiopia has been building will not cause any significant harm on the riparian countries. This was also confirmed by international experts, he noted. 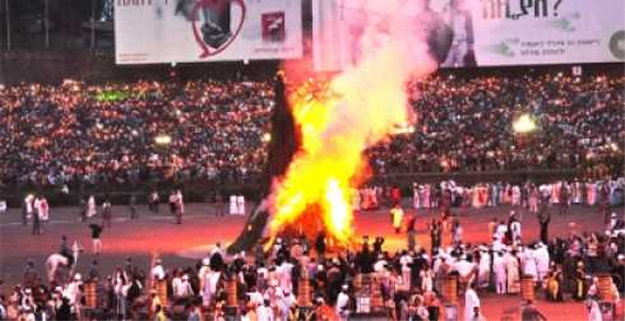 Abune Mathias I also called on religious leaders to seek solutions for people suffering because of migration, crisis, war and conflict.

Pope Tawadros II on his part said the True Cross, which was a symbol of punishment in the ancient world, has now become a symbol of power, happiness and love after the sacrifice Jesus Christ had made on the cross to save the world.

The Pope, who underlined the importance of the festival in creating love and friendship among people, wished all followers of the Ethiopian Orthodox Church a happy Meskel.

Mayor of Addis Ababa City, Diriba Kuma, on his part commended the contribution the Ethiopian Orthodox Church has been making in main national issues besides to its religious service.

Religious institutions should teach their followers about development, respect and tolerance, he said.

He also called on all Ethiopians to maximize efforts to see a peaceful, developed and prosperous Ethiopia and a beautiful Addis Ababa.

Abune Mathias I, President Mulatu Teshome, and Diriba Kuma lit the Demera and the celebration ended.

UNESCO registered Meskel festival on the Representative List of the Intangible Cultural Heritages of Humanity two years ago.