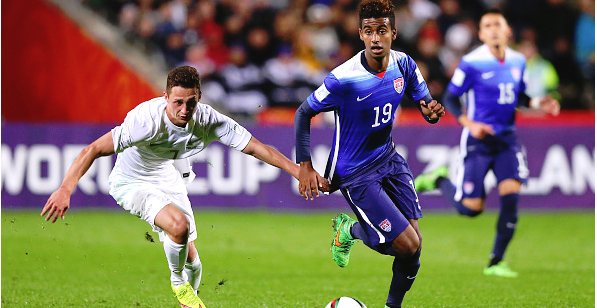 United States under-23 coach Andi Herzog announced his 24 players for training camp on Friday ahead of the 2015 CONCACAF Olympic Qualifying Tournament in October.

The U.S. will open camp in Manchester, England, on Sunday and play friendlies against England’s under-21s and Qatar over the next week.

The team features six players from the American under-20 squad that reached the quarterfinals of the U-20 World Cup earlier this summer, including Gedion Zelalem, Rubio Rubin, captain Emerson Hyndman and 17-year-old Cameron Carter-Vickers.

Arsenal’s Zelalem this week completed a loan move to Scottish club Rangers, while Hyndman and Carter-Vickers also play in the UK with Fulham and Tottenham respectively.

“These are two important games here because they are our last before the Olympic Qualifying tournament,” Herzog said. “We have a strong group of players that we believe in, and now we are able to look as some of the guys who did very well with our U-20 team.

“This is really the last chance for all of the players to make an impression before we select the final roster for qualifying.”

The U.S. will attempt to qualify for the Olympics in October, when they will face Canada and Cuba in Kansas City, Kan., and Panama in Commerce City, Colorado.