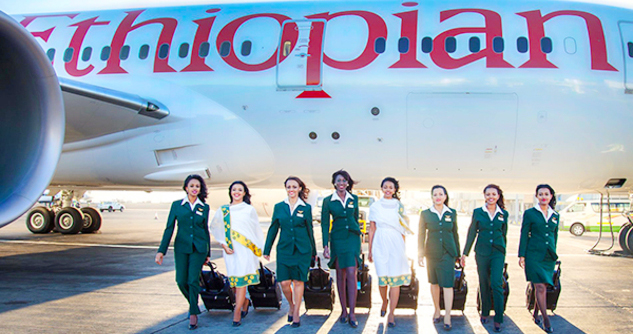 ETHIOPIAN Airlines’ numbers are out, and they have the effect of rubbing other African airlines’ noses in it after they beat its own forecasts to leave its continental rivals looking on, largely enviously.

The Bole International Airport-based airline turned in $175 million in net profit in its financial year ended June 2015, on revenues of $2.27 billion, shooting nearly 12% past its $2 billion projections, according to chief executive Tewolde Gebremariam.

Under its growth blueprint, the carrier, which flies to more global routes than any other African airline, by 2025 expects to be generating over $10 billion in revenue.

When the dust has settled on one of the toughest aviation periods for African carriers, the airline that last year became Africa’s largest by revenue and profit would be forgiven for surveying the wreckage all around it, with a measure of both satisfaction and regret.

To put it into context, Ethiopian’s profit is more than the rest of Africa’s aviation industry combined. It is $430 million more that of arch-rival Kenya Airways, which  last month booked a record $257 million loss, the latest in a streak of annual losses for the Nairobi-headquartered airline.

It is $375 million more than that of South African Airlines, which has reported a net loss of $200 million, also continuing on its losses-strewn flight path.

EgyptAir was preparing to book losses of up to $350 million according to its new chief executive, Sameh El Hefny, as the challenge of the revolution years continued to relentlessly hammer the national carrier.

Of its chief rivals on the continent, only Moroccan state-owned Royal Air Maroc had some sight of Ethiopian’s tail beacon, with a $19 million profit for its most recent financial year. Air Algerie this month reported only $95,000 in annual profit, while Tunisair remained hopeful of a small profit.

Gamely, Tewolde did not stick the boot in when asked about his struggling rivals: “I cannot comment on other airlines’ performance but I wish them the best of success and we would like to cooperate with all African sister airlines for the development of the aviation sector in the continent.”