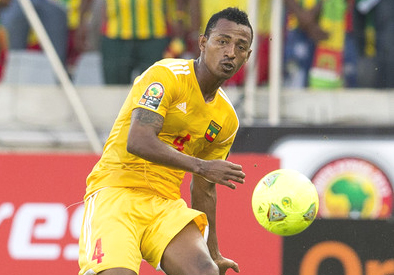 Abebaw has been searching for a new club for about three months after his contract was canceled by the Sudanese giants Al Hilal.

He now becomes the highest paid player in the Ethiopian Premier League after his hometown club agreed to match Abebaw’s salary offered by Al Hilal. He will be earning a staggering 75,000 birr salary per month.

Abebaw has been instrumental playing the 2013 Afcon competition which Ethiopia qualified for after 31 years. He was also one of the key players during the 2014 CHAN competition and 2014 World Cup play offs.

Abebaw Butako played for giants St. George before getting the lucrative deal to move to Sudan but things did not work as expected and his stint abroad coming to an abrupt end.

A dip in form also saw him losing his place in the national team with coach Yohannes Sahle selecting Zekarias Tuji (St. George) and Tekalegn Dejene (Dedebit) in his place.