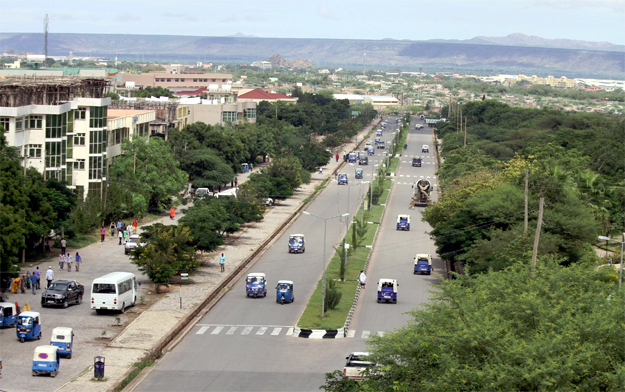 The fourth-most populous city in Ethiopia, Dire-Dawa portrays tree-lined streets and neat squares. The vibrant town came into existence in 1902 with architecture and design influenced by Arab, French, Italian and the Greek. The town is made up of two distinct settlements, divided by the Dechatu Wadi (seasonal river) and European-influenced place known as Kezira. To the east ancient town Megala, has a distinct Muslim neighborhood.

Kezira the modern place was erected by railway engineers. This area consists of the railway station and its installations, stores, and workshops, as well as many houses, shops, offices, and other modern buildings. Its maze of piped water supply which comes from two nearby natural springs and a drainage system has given the place a unique character. It houses several largest mosques including the popular Italian Mosque which was built by Italians during their short-lived occupation of Ethiopia. St. Michael’s Catholic Church built over 115 years ago is also one of the place attractions.