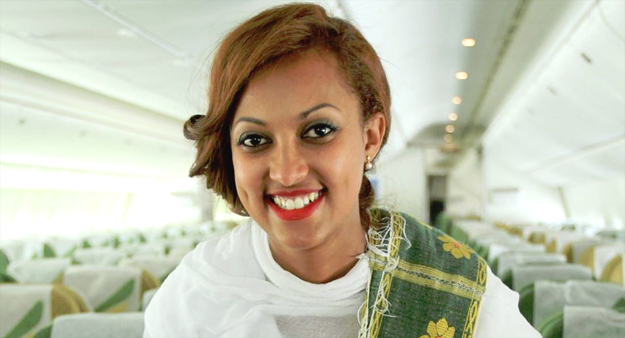 Los Angeles, CA – Ethiopian Airlines welcomed more than 400 guests to a special event on June 20 at the Ray Dolby Theatre in Hollywood, to celebrate the launch of its new direct flights from Los Angeles to East Africa.

The evening included food, drinks and entertainment to kick off the new itinerary, which now has the shortest flying time from Los Angeles to Addis Ababa, Ethiopia, and includes connections to 52 destinations throughout Africa. In addition, with a stop in Dublin, Ireland, it is the only non-stop flight between Los Angeles and Dublin.

Dignitaries from several countries attended the event, including the CEO of Ethiopian Airlines, Tewolde Gebremariam, official Los Angeles delegates, and the ambassador of Ireland.

The evening was emceed by well-known TV host Joseph Rosendo of “Joseph Rosendo’s Travelscope”, and included performances by several artists from both Ethiopia and Ireland. Noted chef Wolfgang Puck catered the event, and was accompanied by his Ethiopian-born wife, Gelila.

Guests had the chance to win a complimentary trip to Ethopia by entering their names into drawings throughout the evening, and upon leaving all attendees received gift bags filled with a model Boeing Dreamliner, pens from

Los Angeles International Airport (LAX) marked the arrival of flight 504 on the morning of June 20 with a separate celebration.

The plane was saluted by fire trucks with flashing lights, and afterwards a reception was held in the Tom Bradley International Terminal.