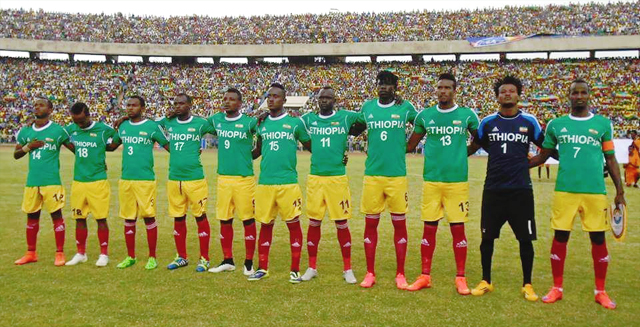 By Frederick Naduli aka Razor

Ethiopia’s national football team, the Walia Ibex, is slowly re-packaging itself, after a rather grey patch that left its loyal followers pondering whether their beloved team was sliding to oblivion.

After earning some rave reviews and later on falling short of minimal expectations, Ethiopia is back, if recent results are anything to go by.

The team from Abyssinia has enjoyed relative success in the recent past.

Administrative changes notwithstanding, they have gone about their business with an aura of confidence bordering on self belief.

Like many sub-Saharan nations striving to strike a balance between management and technical, the Walia have gone through a rough patch.

Credit to them, they seem to have overcome that forgetable chapter pretty fast.

Victory over Lesotho in an Afcon qualifier less than a week  ago coupled with a win against Kenya in a CHAN preliminary has put them firmly in control of their uprising and future ambitions. The blooding of new players in the whole set-up has brought a breathe of fresh air for the Ethiopians going forward.

With continued success, their die-hard fanatics may as well dream of better days ahead, as they stubbornly seek to wake up from their recent nightmarish performances and slump in form.

5 thoughts on “Ethiopia Walia Ibex rising up like a Phoenix”