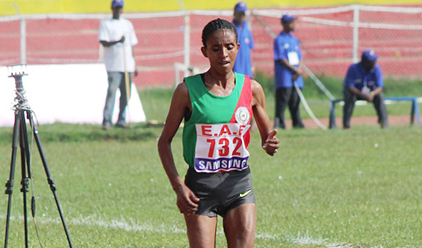 Addis Ababa, Ethiopia – Road-running specialists Yebrqual Melese and Mule Wasihun were among the winners at the five-day Ethiopian Athletics Championships in Addis Ababa which drew to a close here on Sunday.

With many of Ethiopia’s elite track runners electing to give the championships a miss, the event saw many first-time winners with the top two in each race now guaranteed a place on Ethiopia’s team for the All-African Games in the Democratic Republic of Congo in September.

Well-known marathon runners Aberu Kebede, Afera Godefay and eventual winner Melese were the favourites in the women’s 10,000m. Many other elites gave the event a miss in order to focus their preparations for the official Ethiopian World Championships 10,000m trials in Hengelo on 17 June.

After a steady start, Melese moved to the front of the pack in a bid to try to liven up the contest. Her increased pace quickly dropped a large pack of runners until the pack was reduced to just 10 at the halfway point.

By then, Kebede had also moved to the front of pack and the pair continued to exchange the lead for the next kilometre before Melese made a decisive move that initially pulled only Kebede and Shure Demissie with her. But the chasing pair could not survive Melese’s front running with Kebede eventually dropping out after 19 laps.

Cheered on by the crowd, Melese continued to increase her lead and eventually stopped the clock at 32:40.23, almost 14 seconds ahead of second placed Demissie (32:54.09) with Gebeyanesh Ayele (33:22.49) coming home a further 28 seconds behind in third.

“I stopped my regular marathon training to prepare well for this 10,000m race,” said Melese, who set a marathon PB of 2:23:23 earlier this year when winning in Houston. “It was a tough race, but I got the win as I expected before the race.”