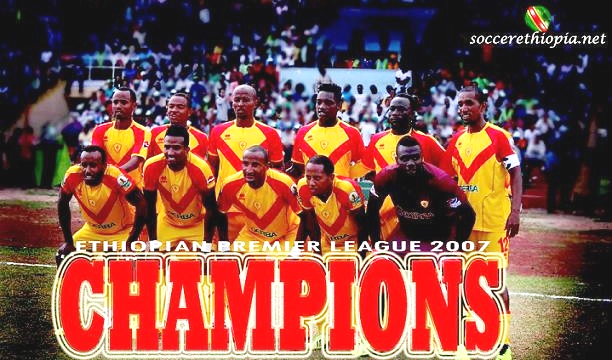 Addis Ababa, Ethiopia – St.George are the champions of Ethiopian Premier League for the 12th time after crushing Arba Minch Kenema 3-1 in an exciting match played on Wednesday evening in Addis Ababa.

It is barely a week since Adane announced his retirement from Ethiopia Walia Ibex that he turned up in style to help demolish Arba Minch.

Adane Girma broke the deadlock with a beautiful goal in the 14th minute as the game went to the break with St.George leading 1-0.

On resumption the dressing room half time talk seemed to have inspired St.George who came back guns blazing as Mentesnote Adane fired in the second goal in the 46th minute before Adane Girma completed his brace in the 8oth minute. Arba Minch pulled a goal back in the 84th minute through Tsegaye Abera but it was not enough as they went down fighting and only lost 6 in the season meaning they will represent Ethiopia in next years CAF Champions League .

St.George opened up a 10 point gap from second placed Dedebit who have no chance even if they win the their last game as they have 41 points after playing 23 games so far.