The Duchess of Cambridge gave birth to a baby girl last Saturday. The royal baby, born at St. Mary’s Hospital in London, is the fifth great-grandchild for Queen Elizabeth and is fourth in line to the House of Windsor. 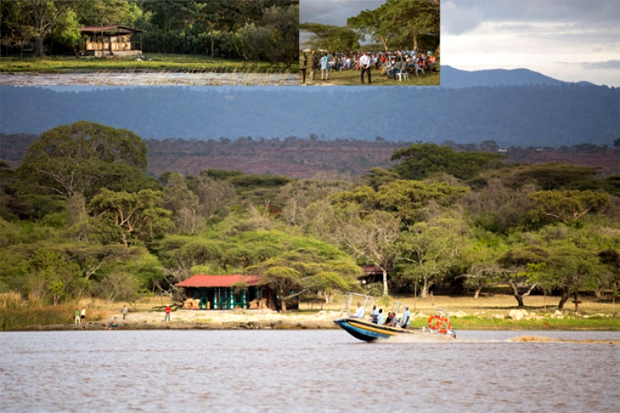 The news of the birth of the royal baby was on top of the day’s headlines in every international news organizations. Many British citizens were eagerly expecting this news and it provided much excitement for them. In another part of the world, some 100 invited guests were gathered on this day at Lake Langano, south of the capital Addis Ababa, for the official opening of Hara Lodge. The British Ambassador to Ethiopia and Permanent Representative to African Union, Greg Dorey, was present at the lodge to address the invited guests. The ambassador, who was facing the beautiful sunset and the lake, was among the many British citizens around the world who was eagerly waiting for the news of the royal baby’s birth.

Dorey started his speech by saying “Today, I unusually leave my mobile on while addressing you since we are expecting the new baby in Britain.”

His colleagues who sat in the front chairs learnt about the birth of the royal baby and informed him immediately. He then announced the arrival of the newborn baby and was met by applause from the guests.

Hara Lodge, built on the lake of Langano, 230 km from Addis Ababa, was officially opened on May 2. The lodge, which is built on 10 hectares plot of land, is owned by a British investor named Richard Parry. The investor spent millions of birr to complete the renovation but declined to state the exact amount.