By Dawit Tolesa, The Reporter 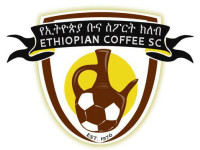 The Ethiopian premier league side, Ethiopia Coffee FC, has raised 1.2 million birr from the sale of eight thousand t-shirts for Sunday’s 10km road race organized by the club.

GezahegnWolde, Ethiopia Coffee general manager, said the fund will be used to finance a football camp complex currently under construction in the  Lebu area of Nefas Silk Laphto sub City in Addis Ababa.

The camp rests on 3,014 sq.m. plot and includes 30 players’ dormitories, a modern gymnasium, a conference hall, offices, cafeteria and an indoor table tennis sets. The site is also earmarked for the club’s future training center and stadium that will rest on 35 thousand hectares.

“Currently, 50 percent of the construction has been accomplished and we have so far spent 3.18 million birr for the construction. We expect the construction to be completed by the end of June 2015 and the club will move in around the turn of the Ethiopian New Year (in September),”Gezahegn added.

The camp is expected to involve an expenditure of an 8.1 million birr and Ethiopia Coffee has been on a year long fund-raising campaign which included a music concert at Millennium Hall and a dinner gala at Nexus Hotel, helping the club raise 8,000 and two million birr respectively.

“We expect to raise more funds by organizing friendly matches and other fundraising activities,”Gezahegn said.

The 10km road race on Sunday will start and finish in the Lebu area and will kick off at 9:00am.Some 95 percent of the participants are the club’s supporters. When crossing the finish line participants will be awarded a medal.

The club said the total expense of the T-shirts (320 thousands birr) and the medals (280 thousand birr) are covered by sponsors. The road race is sponsored by the Berhan Insurance, Berhan Bank, Worbek, HabeshaBeer, Justice Building Constructor and Ras Hill Bar and Restaurant.

Ethiopian Coffee players are expected to take part in the road race.