Bench Events, the organiser of the Africa Hotel Investment Forum (AHIF) today announced that the conference will return to Addis Ababa in 2015.  It will take place again at the Sheraton Hotel on September 30 October 1.

There has been much speculation about location of the next AHIF, after more than a dozen governments sent delegations to last year’s conference and a variety of African tourism ministers made public statements about wanting to attract the event to their capital cities.  The appeal of AHIF is that it is attended by the highest calibre group of international hotel investors of any conference in Africa and that is an important audience for governments seeking inward investment to develop one of the most important economic sectors, Travel & Tourism.  According to the World Travel & Tourism Council, 8.5% of Africa’s GDP and 6.9% of jobs are attributable to Travel & Tourism and the industry is forecast to grow across Africa at 4.9% per annum for the whole of the coming decade.

Matthew Weihs, Managing Director, Bench Events, said: “AHIF 2014 was such a great success that we felt compelled to return.  We were honoured by the presence of Ethiopia’s Prime Minister; we were inspired by the accomplishments of Haile Gebrselassie, one of the world’s greatest long distance runners; we were impressed by the media attendance (76 journalists on day one); and we were delighted by the level of interest shown by the business community, with a record number of delegates, sponsors and many of the major global hotel brands announcing new initiatives and hotel openings.”

Addis Ababa is an appealing destination for commercial reasons too.  The city has a shortage of internationally-branded hotel rooms (fewer than 1,000 according to W Hospitality) and increasing demand.  Ethiopia’s economy is growing at more than 7% per year and is forecast to be the third largest economy in Africa by 2015.  Addis Ababa now has the fourth largest international diplomatic community in the world, partly because it is the seat of the Africa Union, which was launched in 2002.

Samuel Tafese, President, Sunshine Business said: “Considering the considerable interest from other countries to host the Africa Hotel Investment Forum, to have secured the event for a second year is a huge opportunity for Ethiopia.  Sunshine Business were delighted to sponsor the event last year and look forward to supporting again.  To have the chance to welcome international money and expertise to our country should not be missed.” 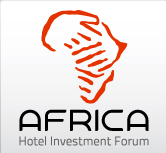 AHIF is the premier hotel investment conference in Africa, attracting many prominent international hotel owners, investors, financiers, management companies and their advisers. It is organised by Bench Events (www.benchevents.com) which is known for producing, alongside Questex Travel + Hospitality and MEED Events, several top-level hotel conferences around the world including Berlin (IHIF), Dubai (AHIC), Istanbul (CATHIC) and Moscow (RHIC).