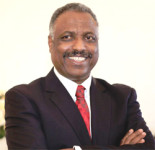 Addis Ababa, Ethiopia – Speaker of the House of Peoples’ Representatives, Abadula Gemeda, replaced Addisu Legesse, senior government official, as board chairman of the Ethiopian Airlines as of December 8.

Reliable sources at the Ministry of Transport told The Reporter that Addissu requested the Minister of Transport, Workneh Gebeyehu, to release him of his post as board chairman of the national flag carrier due to personal reasons. Sources said Workneh, who accepted the request, appointed the Speaker of the House, Abadulla Gemeda, as the new board chairman of Ethiopian Airlines. Arkebe Oqubay, former mayor of Addis Ababa and senior government official, is the deputy chairman of the board of directors of the airline.

Observers say Seyoum probably did a good job at Ethiopian. When the airline faced a challenging time in the early 2000s he called Girma Wake, former CEO of Ethiopian, from the Gulf to lead the airline. Together with his deputy (the then chief operating officer), Tewolde Gebremariam, Girma has transformed the national flag carrier into a leading airline in Africa.

Last June the International Air Transport Association (IATA) ranked Ethiopian as the largest carrier in Africa by revenue and profit.  Ethiopian is a Pan-African global carrier operating the youngest fleet in the continent with an average of less than 7 years and currently serving 84 international destinations across 5 continents with over 200 daily departures. The airline operates more than 60 modern jetliners including the B787 and B777.