Charl Schwartzel asked him for a swing tip. Lee Westwood wanted to know about his horses. Martin Kaymer wanted to hear his stories about Ben Hogan. For every one of the 30-man field gathered for this year’s Nedbank Golf Challenge, receiving a personal welcome from Gary Player during Tuesday’s pro-am made for a memorable start to “Africa’s Major”.

Player had Kaymer in stitches with his tales of Hogan. “When I first played with Hogan, he said five words to me all round. They were, ‘Hello fella’ and at the end, ‘Well played, son’. People told me he must have been talkative that day,” said Player.

Even some of the caddies took time to quiz Player about the nuances of one of South Africa’s most iconic golf courses. They asked him how they should read the swirling winds that come in over the surrounding Pilanesberg Mountains, to the work that went into designing a golf course that has remained challenging from the days of Ballesteros, Nicklaus, Trevino and others in 1981 to the 2013 showpiece when Denmark’s Thomas Bjorn won by two shots.

Bjorn, Kaymer and Westwood are also joined by Jamie Donaldson and Stephen Gallacher as five of the 12 players who were on the victorious European Ryder Cup team at Gleneagles. And Kaymer, Westwood and Luke Donald are all three former world No 1s. It all makes for a tantalising field with any number of potential winners.

“It’s always great coming back to a golf course where you’ve had success in the past,” said Westwood.

And those who are making their debut in this event were also impressed with their first look at the golf course.

“I like the course. There are small greens, so you have to be accurate with your irons. But it plays to a lot of my strengths, which will be interesting as the week goes along. It would be nice to finish the year off strong,” said American Brooks Koepka.

“The course is in great shape,” added Sweden’s Jonas Blixt. “It’s great being here and a lot of fun. There are a lot of things to do in this resort. I went on safari yesterday and saw three of the Big Five.” 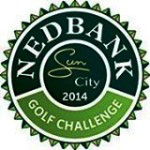