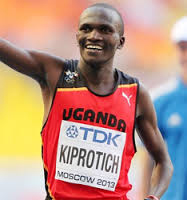 Stephen Kiprotich is accustomed to the big-time atmosphere and success that comes with competing at such events as the New York City Marathon this Sunday. Having won the 2012 Olympic Games Gold medal in London and followed up with 2013 World Championship triumph in Moscow, Kiprotich is certainly among the big names to beat in the event, whose winner will bag a top cash prize of $100,000, approximately Shs 271 million.

But this star-studded event provides another chance and an ideal stage for the 25-year-old Ugandan to end the Kenyan dominance onto the elite IAAF marathon circuit.

Read more at: The Observer