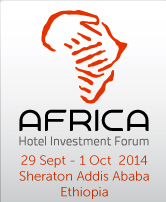 Addis Ababa, Ethiopia – During its four-year presence in Africa, Bench Events, an event organizing company based in London, added the African Hotels Investment Forum (AHIF) to its long list of event organizing resume.

The forum, which was held in Addis Ababa this year, attracted as many as 500 participants, who are considered to be decisive for the hospitality industry in the continent. Following this, a handful of African nations appear to be in a race to host the next event for which decision are yet to be made.

This year’s AHIF event held from Monday through Wednesday here in Addis also attracted ministers and high-level officials including the Prime Minister of Ethiopia Hailemariam Desalegn. The event, according to the organizers, was successful both in terms of the number of participants and sponsors. David Tarch, a spokesperson for Bench Events, said that the number of international sponsors hit 37 this year. Last year’s host, Nairobi, was able to absorb some 400 participants and 20 big sponsors. However, Addis stood up to gather 500 or so individuals from the hospitality industry worldwide.

Masterminding the event that took place in Ethiopia this year, Calibra Hospitality Consultancy and Business PLC, a local firm founded by young Ethiopians, confirmed to The Reporter that negotiations are under way to decide which city in Africa would host the event. Yonas Moges (recipient of the Young African Leaders Initiative sponsored by President Obama), managing partner of Calibra, told The Reporter that countries are rallying to host the next event. At the moment, Bench Events is considering Tanzania to host the forum. However, some big sponsors of the event, such as Starwood Hotels and Resorts, which runs Sheraton Addis among its various brands elsewhere, is reported to prefer Addis. But interested by the outcomes and the turnout of the event, Zimbabwe has joined the list of countries bidding for event next year.  Zimbabwe’s officials are looking ways to take AHIF to Harare. Walter Kanhanga, Member of Parliament and Deputy Minister of Tourism and Hospitality 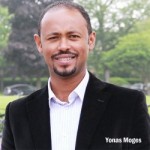 Industry of the Republic of Zimbabwe, said that they are trying to bid for the event to move to Harare. Apart from that, many African countries’ officials were also reported to have been lobbying trying to win the heart of the organizers. “Whichever way it goes, we will support it because it is all about Africa. We want all of us to grow,” Kanhanaga said. Yet, Zimbabwe is looking the amiable considerations of Bench Events, hence the big international brands would go and see for investment opportune there.

According to the deputy minister, the forum was an eye-opener. He said that infrastructure is the major barrier which kept many investors aside and currently, his government has allocated some 274 hectares of land in the Victoria Falls to build a convention center which would house three stars and beyond global brand hotels. In the past five years, the arrival of international travelers into Zimbabwe had reached 1.8 million and by 2018 it is expected to surpass three million.

AHIF in accordance with the events often held in Berlin, London, Paris, Dubai and other cities, has easily become central for countries to attract investment and networking with the global hospitality industry. Kanhanaga met Ethiopian officials and discussed marketing and packaging aspects.

Calibra has been keen to associate itself with Bench Events since four years ago when the first AHIF was held in Morocco. According to Yonas, Calibra was lobbying to bring AHIF to Ethiopia in 2012. However, Kenyans had outsmarted them. In 2013 they had tried but the government was busy hosting the 50thanniversary of the African Union (the then Organization for the African Union). However this year, Calibra not only championed bringing home AHIF, they did the groundbreaking works for six major contracts to be sealed with international brands.