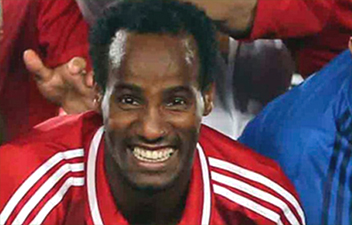 The first Ethiopian footballer to win an Egyptian championship will be out of Ahly‘s squad for more than a month after he picked a serious calf injury.

Ahly will have to do without Ethiopia striker Saladin Said for four to six weeks due to a serious tear in his calf.

The 25-year-old forward sustained his injury during the Egypt Super Cup game against Zamalek last Sunday, which Ahly won in a penalty shootout.

Medical reports were released on Saturday during Ahly doctor Ehab Ali’s meeting with coach Juan Carlos Garrido ahead of Ahly’s 1-0 away win against Cameroon’s Coton Sport in the first leg of the CAF Confederation Cup semifinal.

Said, who started his career at Saint George in Ethiopia, became first Ethiopian player to win an Egyptian football championship after the Egypt Super Cup triumph.

He joined the Red Devils on a five-year deal last May after his contract with Wadi Degla had expired in the summer.