The withdrawal of Libya in hosting the 2017 Africa Cup of Nations has left many countries clamouring for the great opportunity .

However an African saying goes “ as you look at the future its important to take a look at the beginning where the dream started”.Ethiopia was one of only three teams and countries (along with Egypt and Sudan ) to participate in the inaugural Africa Cup of Nations in 1957 .

To go further Ethiopia is a founding member of CAF and hosted the early versions of Cup of Nations in 1962 when they won the coveted trophy .

The gods have a way when they have their own wish and with Libya’s withdrawal it certain and with all conviction that the next best destination for the African football showpiece makes it way back to its ancestral home in Ethiopia for the 2017 it is indeed time for Ethiopia Africa Cup of Nations.

The origins of the African Nations Cup date back to June 1956 when the creation of CAF was proposed during the third Fifa congress in Lisbon.In February 1957, the Afcon took place in Khartoum,Sudan.The field was made up of the four founding nations of CAF in Ethiopia,Sudan,Egypt and South .Ethiopia later hosted the prestigious tournament 1962 1968 1976 successfully meaning they have been tried and tasted .

Under the former Coach the “Teacher” Sewnet Bishaw Ethiopia succeeded in qualifying for the 2013 Africa n Cup of Nations after a 31 gruelling years of absence. Ethiopia has a long football tradition and was among the pioneers of international competition in Africa, playing its first international match in 1947, defeating French Somaliland 5–0. The Ethiopian Football Federation(EFF) joined Fifa in 1952 and in 1957. In 1959, Ethiopia entered the 1962 World Cup qualification for the first time and lost to Israel 2-4 on aggregate.The team won the Afcon on home soil, in 1962 under legend the late Mengistu Worku

The Ethiopia Government has been relentless in its campaign to ensure high standard stadiums are build in the country to add to the Home of Walia the National Stadium in Addis Ababa which plans are in high gear to renovate.

Also in the pipeline is the 60 000 seater Addis Ababa Stadium build to both Fifa and Olympic standards and specifications.The Stadium will be in Bole District others will be at Nefa Silk Lafto District,Yeka District and Arada District.Basically Ethiopia has been a head of the pack in laying out plans and constructions have started across the country .the Africa Cup of Nations is the most high profile truly African event, not only receiving extensive coverage within the continent and for this Ethiopia will be in for a big treat in all sectors.

Afcon 2017 being hosted by Ethiopia will see football enthusiasts from around the region,outside the region and all over Africa converge in the horn of Africa for the football jamboree that will help contribute significantly to the Ethiopian economy through trade and tourism.It will be a rare opportunity for Ethiopia to open its doors and many SME’s wil indeed benefit

There is a Light rail system (Metro) under construction in Addis Ababa . It is being contracted by the China Railway Group Limited. The 34.25 km double track electrified light train transit will help decongest the city while making transport more cheaper and easier with completion slated for 2015 two years ahead of the Afcon.

Ethiopia has a diverse mix of ethnic and linguistic backgrounds. It is a country with more than 80 different ethnic groups each with its own language, culture, custom and tradition. One of the most significant areas of Ethiopian culture is its literature, which is represented predominantly by translations from ancient Greek and Hebrew religious texts into the ancient language Ge’ez, modern Amharic and Tigrigna languages.

The Ethiopian national dish is called wat. It is a hot spicy stew accompanied by injera (traditional large spongy pancake made of teff flour and water). Teff is unique to the country and is grown on the Ethiopian highlands. There are many varieties of wat, e.g. chicken, beef, lamb, vegetables, lentils, and ground split peas stewed with hot spice called berbere.

World reknown The rock-hewn churches of Lalibela (North Wollo Zone) is one of the best tourist attractions in the World and is a must visit for any tourist coming to Ethiopia and for those visiting during Afcon it will be a big break from the exciting football on the pitch.

Elevation is generally highest just before the point of descent to the Great Rift Valley, which splits the plateau diagonally. A number of rivers cross the plateau; notably the Blue Nile rising from Lake Tana The plateau gradually slopes to the lowlands of the Sudan on the west and the Somali-inhabited plains to the east. 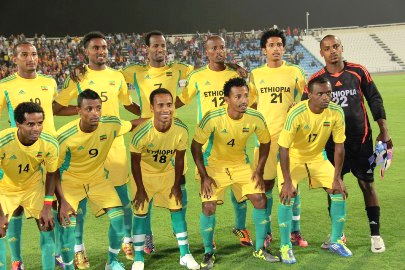 Apart from the English football fans I personally after witnessing the passion would comfortably say the Ethiopia football fans are simply in a class of their own brought together by the Walia Spirit that has seen them rally behind their team .

Its only in Ethiopia that you will witness scenes where hundreds of fans brave the rain with large a day before a game lining up in long ques waiting to get into the pitch and spending the night in the cold so as not to miss the game the passion for the game is just on another level and this sis what CAF or any other organiser would love to see in their tournaments.

For Afcon 2017 CAF should be surprised if tickets for every game run out because of the interest from the public both from home and the diaspora.

EFF President Junedin Basha “We have decided to bid for Afcon 2017 and we need support from all Ethiopian and our African brothers.It is special and auspicious occasion that would help bring the biggest sport to Ethiopia .We have a great history as one of the founder members of CAF and among the first countries to play in Afcon and getting a forth time round when football has grown globally will be a motivator to the entire population”Junedin told supersport.com

“First of all the news made us surprised as the standard we are today might not be sufficient to host Afcon.If the government and the people are willing to Work hard towards achieving the qualifications that is required by CAF committee within the next two years ,it will be a privilege and honour for the Ethiopia to host Afcon for forth time”Tadele told supersport.com

‘Afcon presents a great opportunity to show its rise in African football. The details of the bid are not clear at the moment, but it will be the first global showcase of Addis as one of the few African cities with a metro network (phase I to be completed in 2015), a rising skyline, and its significance as a pan African capital.

That said, there is a lot of work to be done to get the country ready for Afcon. Apart from the old stadium in Addis and the one in Bahir Dar, construction for the other two stadia has been progressing, although not quick enough thus yet. 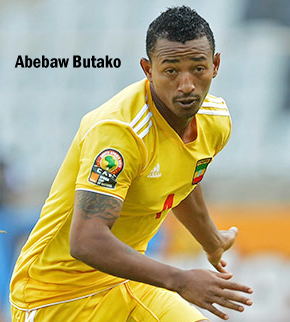 There is also a lack of Fifa standard training pitches and ancillary facilities. The country has some experience hosting international events like conferences and the 2008 African Athletics Championships, but nothing like the Afcon that generates huge television viewership across the continent.’Negash told supersport.com

“I was delighted when i had the intentions to bid by EFF.That would be a huge motivation for us players and our dear fans playing at home since the last it was played at home in the 60′s .All Ethiopians should rally behind the federation bid and the government too to make it a dream come true”Butako told supersport.com

“This is great news for Ethiopia and my hope is that it can be achieved to give Ethiopia a chance to host the the biggest football showpiece in Africa.I cant wait to hear news that Ethiopia has been chosen it will motivate us players and our passionate fans.Nothing is impossible as long as everything is put in place on time”Shemeles told supersport.com

Ethiopia and Ethiopian are ready to welcome the World in 2017 at it promises to be a huge spectacle that will be DEEPLY eched in the minds of many for years to come .Its time for Africa to support Ethiopia bid as African football goes back to its humble beginning in Ethiopia Bring on Afcon 2017