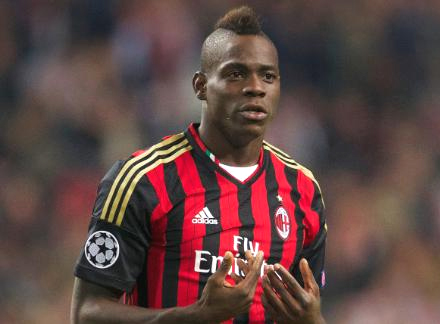 Italy striker Mario Balotelli has completed his £16m move to Liverpool from Serie A side AC Milan.

The former Manchester City player, 24, agreed a long-term deal with the Merseyside outfit but will not feature against his old club on Monday night.

Balotelli will watch Liverpool’s game at City from the directors’ box after meeting up with his new team-mates in the changing rooms before the match. After the game, he will travel back to Liverpool on the team coach.

“There is no doubting Mario’s ability,” added Rodgers. “He is a world-class talent and someone who, for such a young age, has vast experience of playing at the very highest level.

“He has scored goals in the Barclays Premier League, in Italy, in the Champions League and for his country at international level.

“I believe we have the infrastructure, culture and environment to get the best out of him and help him achieve his true potential.