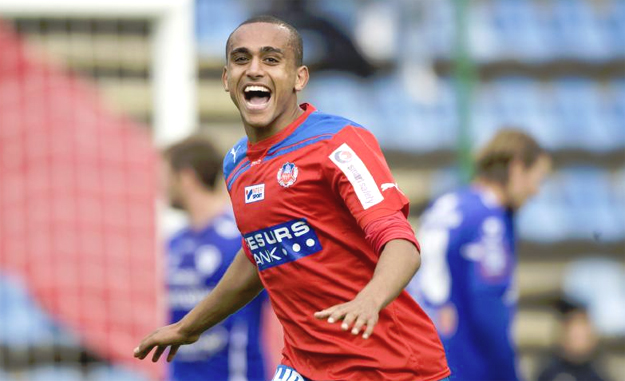 Ethiopia’s rise in 2013 was definitely not luck but sheer hardwork and determination from the entire team however in that moment of glory Ethiopia’s sons abroad were forgotten yet many playing top flight football were ready to come in and help the team against Nigeria in a tough and crucial World Cup 2014 play offs encounter .

One such player is fantastic and very talented defender Walid Atta son of an Eritrean father and an Ethiopian mother   has earned rave reviews across Europe as a pillar in Defence and an amazing player both tactically and technically gifted.

However EFF under Junedin Basha have got a maiden call from coach Mariano Barreto who feels its will be important to have all players of Ethiopian descent and ready to play for Walia to be invited to the team to give the technical bench more ammunition and depth in the upcoming Africa Cup of Nations qualifers against tough opponents like Algeria,Mali and Malawi.

Speaking exclusively to Soka25east.com from his base in Sweden  Walid Atta is more than ready to take that huge leap and help his father’s country to qualify for yet another Afcon in Morrocco.

“I feel happy! Everyone wants to play for there national team and  so i am. Yes I’ve played for the under 21 in Sweden but that iwas not the senor team . We’ll I’ve been following the  Ethiopian national team for a while now specially in the African cup of nation and  also in the qualification for World Cup 2014″

” I also know Yussuf Saleh who played for the national team. We played and won the Swedish championship and the Swedish cup together in 2009. He always tells me the beautiful feeling playing for thiopia  and how proud he feels when he plays for the Ethiopian  national team. So I want to feel that to. My father is Eritrean but my mother is born to an Ethiopian father. I played for AIK, Helsingborg, Hacken all of Swedish first division. And Dynamo Zagreb from Croatian first division. Of course I hope the success of the team can grow and be well respected in the football world”Walid told Soka25east.

In 2008 Atta made his debut for Sweden under 21 making his debut against Ukraine before deciding in 2013 he wanted to play for Ethiopia after an interview with Supersport Journalist Collins Okinyo who highlighted his quest .