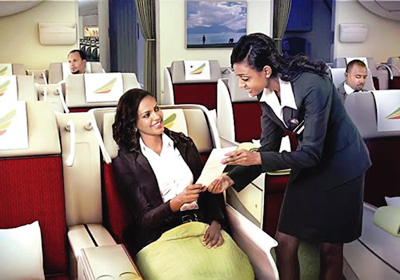 Individuals and groups which have argued that the success of any airline in Africa rests on its mode of ownership must have been proved wrong by the success story of Ethiopian Airlines, a national carrier from the same Africa. It is no longer news of that the airline has proved cynics wrong that what they have described as a hopeless situation in air transportation in Africa is actually not totally hopeless.

This was the position of the Vice President of the airline, Mr Esayas Woldemariam, during a chat with some journalists at the Lagos Airport at the weekend. According to Woldemariam, while the success of any carrier was not necessarily dictated by mode of ownership, rather, the success of such a carrier should depend on the ability of its management or owner to develop a multi-hub system that would create a pool of network to feed passengers from different parts of the continents into its major hub before distributing them to the global network.