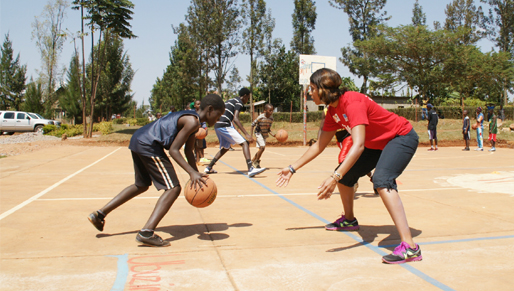 Former WNBA forward Kelley Cain has completed a one-week visit to Rwanda where she has motivated over 100 girls and some boys to play the game of basketball.

The tour was organised by NBA Africa in partnership with the US Embassy in Rwanda to spread awareness and promote women’s basketball.

Cain, who was selected in the first round of the 2012 WNBA draft by New York Liberty and also played for Connecticut Sun, toured the country to encourage girls to play basketball as well as share her life experiences as a female professional basketball player in the USA, Turkey and South Korea.

With her also on the tour was former Louisiana State University player Keia Howell with whom they capitalised on teaching the basics of basketball including dribbling, passing, shooting and defending among others in the Rwandan capital Kigali, Kayonza and Huye districts.