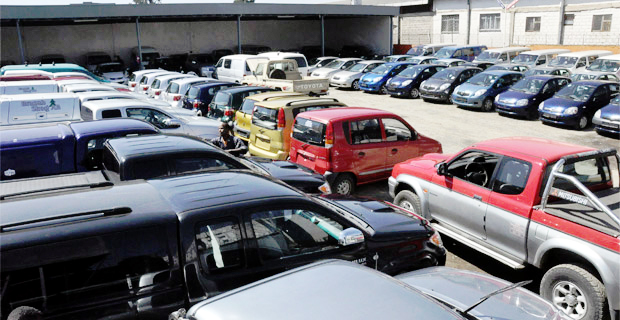 Addis Ababa, Ethiopia – As the Ethiopian economy sprints forwards at a fast rate – with annual growth of 10.5pc over the past decade, according to World Bank records – the demand for automobiles is witnessing a rapid rise. This has opened the window for the flourishing business of importing and retailing cars. Official data shows that inporting cars is becoming an important sector within the economy, with the annual import value exceeding the 400 million dollar. Just last year, a total of 30,128 cars were imported into the nation, showing an increment of more than 7,000 cars compared to the previous year.

One of the latest challenges that is dampening the hopes of many of the car importers, retailers and dealers is the one that relates to temporary plates. A change in the approach of temporary plate provision, implemented by the authorities in a bid to regulate misconducts, has poured cold water over the business of selling cars. But perspectives about the challenges ahead differ greatly, even between importers.