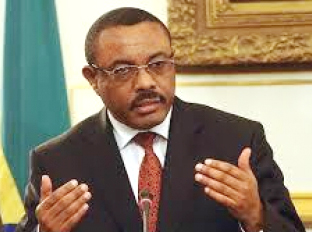 Addis Ababa – Ethiopia has been giving due attention to the development of tourism in order to derive the utmost benefits from the industry, Prime Minister Hailemariam Dessalegn said.

Speaking at the opening of the forum on development of tourism sector on Wednesday, July 16, 2014, the premier said Ethiopia has not benefitted much from tourism sector even if it has got rich cultural and historical tourist attractions

To reverse this and ensure the benefits that the country should get from the sector, the government has established Tourism Transformation Council, he added.

Attention is therefore given to extending infrastructure and creating competent human resource, the PM noted.

Realizing the crucial role foreign and domestic investors play in the sector, the government has created favorable environment to them, he added.

He further said the country would closely work with WTO, of which it is a founding member, for the growth of the sector.

The Secretary General, who indicated that the tourism industry has registered strong growth last year, added that the share of Africa from that growth was big.

The challenges faced in developing the industry in Africa are access to airline, efficient visa service and payment of taxation, Dr. Raifi indicated.

In this respect, he described the accessibility of Ethiopian Airlines to African countries, including Ethiopia, as positive.

The support of WTO in developing Ethiopian tourism would further be consolidated, the Secretary General finally pointed out.

The tourism sector has made its contribution to the double digit growth the country has registered during the last two decades, he added.

More than 322 tour operators are reportedly working in the country.