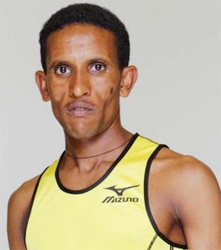 Yemane’s time of 2:06.54 is a new course record. The previous record for fastest marathon on Canadian soil was 2:07.05Â set at the Toronto Waterfront Marathon in October 2013.

A total of 48,000 runners were registered for races includingÂ a 10K, half marathon and marathon over the weekend.