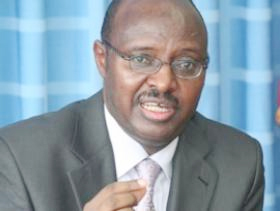 Last week, Fitch and Standard & Poorâ€™s (S&P) assigned Ethiopia a long-term foreign and local currency Issuer Default Debt Rating (IDR) of â€˜Bâ€™ with an outlook of stable. On Monday, Moodyâ€™s followed up giving the country a higher rating of a â€œB1â€ (B+).

The ratings will open the door for the Ethiopian government to diversify its sources of finance and highlights the countryâ€™s overall transformation aided by a double-digit economic growth over the past decade.

â€œWe are proud and very pleased with the first ratings and it testifies to the tangible transformation of the country,â€ Sofian Ahmed, Minister of MoFED, said today at a press conference.

â€œThis shows that our economic model is bearing results and we are on the right track of growth and renaissance of the country,â€ Sofian added.

The rating paves the way for the government to issue international bonds and also attract more flow of foreign direct investment into Ethiopia.

The rating agencies evaluated various aspects of the countryâ€™s economy for the past six months and their ratings will be reviewed annually. The rating agencies highlighted a record of strong economic growth and reduction of poverty with bright prospect.

The agencies hailed the country in reducing poverty, expansion of infrastructure, internal stability coupled with a role in bringing about regional peace as well as a healthy external debt, the minister said.

Sofian said the rating paints a positive outlook of the economy of Ethiopia, a country associated with poverty and hunger for long, for potential investors.

â€œWe believe the report provides investors who wish to invest in Ethiopia with factual and accurate information about the country,â€ Sofian said.

Sofian highlighted the importance of continued public investment on infrastructure development such as roads, railways and hydro-power projects which is driving the economy as well as contributing for the growth of the private sector.

However, the minister said more needs to be done to improve the efficiency of government agencies, build institutional capacities and improve quality of infrastructures.

The government expects the economy to continue to grow fast and one of the rating agencies – Fitch has predicted growth of around nine percent this year, lower than the governmentâ€™s target.