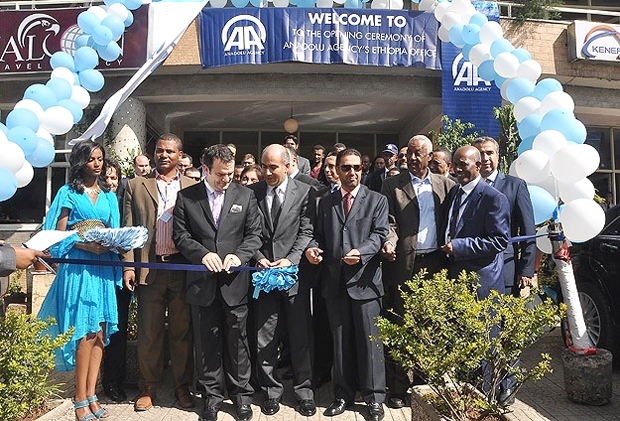 “I am honored to see ministers and ambassadors attending the inauguration of our office in Ethiopia,” AA Director-General and Board Chairman Kemal Ozturk said at the opening ceremony.

“We will be strong with you in Ethiopia,” he said.

“We will also open offices in some [other] African countries,” said Ozturk.

The AA chief added that the new Ethiopian bureau was the agency’s biggest in Africa after Cairo and Tunis, going on to say that AA had some 1500 subscribers around the world.

He also indicated that the agency would soon open offices in both Senegal and South Africa.

“This office not only covers Ethiopia and the African Union, but also other African countries,” he said.

“AA is one of the most respected news agencies in the worldâ€¦ I only have one wish: that this office will produce good news for people to see the beauty and stability of Africa,” Yavuzalp added.

Bilata, for his part, voiced hope that AA’s new Ethiopia bureau and Ethiopia’s official news agency would work together as “real partners.”

“The two agencies can share experience, technology and expertise,” he said. “We will provide the necessary support to make your work successful.