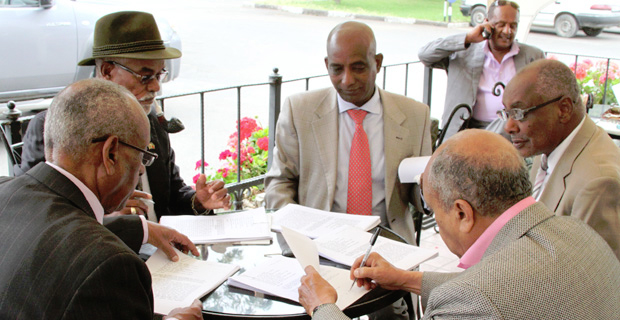 More than a decade later, promises made by Habitat and Berta have failed to be delivered.

Addis Ababa, Ethiopia – Homebuyers who purchased real estate from Habitat New Flower Homes Plc have appealed to the Ministry of Justice (MoJ) and the Economic & Diaspora Department of the Ministry of Foreign Affairs (MoFA) seeking help in taking ownership of homes they paid for 11 years ago.

Habitat New Flower Homes Plc was established in 1999 by nine shareholders, with an authorised capital of 1.2 million Br. It was registered as an affiliate company of Berta Construction Company.

The homebuyers submitted their letters to the Ministry of Justice (MoJ)on Wednesday and to the ministry of Foreign Affairs (MoFA)on Thursday through their lawyer, Arega Tsega. The (MoJ)is investigating the case.

Habitat, as the real estate developer, and Berta, as the contractor, made a deal with the homebuyers to construct and deliver the houses within 18 months, claiming that Habitat had secured land in Addis Abeba, the letter claimed. In actuality, the real estate developer had no plot of land and the contractor no legal license for construction, according to the homebuyers.

They said they paid 90pc advance payment prior to the construction, and the remainder overtime, according to the payment deal.

The homebuyers claim they were not issued receipts when they made the payments. The homebuyers claimed to the Ethiopian Revenues & Customs Authority (ERCA) that Habitat should pay tax on the money it had collected from them, but the ERCA has not responded, they said.

Habitat delayed the handover time from the original three years to seven years, the letter said, and when the homebuyers asked the company to hand over the houses, it replied that it does not own the land on which it promised to develop the real estate. The land, it allegedly said, belonged to one of its shareholders, Etsegenet Abate.

The homebuyers claim that Habitat told them that they could receive the unfinished houses from Etsegenet, after making full payment to the company.

The Addis Abeba City Administrationâ€™s Mayorâ€™s Office annulled in 2011 the land plan Etsegenet had for the plot, stating that the land had been kept idle for 20 years without any development. The Administration also took the measure stating that she had sold the land in violation of the countryâ€™s law that forbids selling leased land. The final reason for the cancellation of the plan was that she took the land for investment, but used it as a place to live.

But, after the cancellation of the plan, Etsegenet was selling the houses illegally, the homebuyers claim. The homebuyers said they asked the government to ban her from doing so.

While gathering to submit their appeal, the homebuyers, who were returnees from abroad, claimed that the ordeal with the real estate developer and the shareholder was dismaying to them, since it dashed their hopes of making economic contributions to the country.