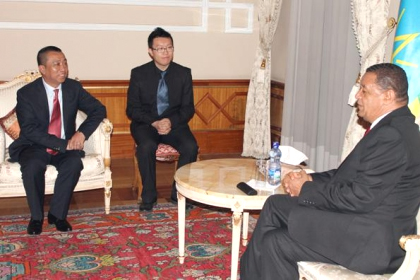 According to the spokesperson of the president who briefed journalists, the companies are interested in engaging in the production of explosives, railway design and construction, hotel and resort construction as well as real estate development.

President Mulatu said during the discussion that Ethiopia needs non-military explosives at this time when it is engaged in undertaking dam and railway building.

He also urged the investors interested in building hotel and resort to quickly implement their plan as the country hosts many guests as a capital of Africa.

According to the spokesperson, President Mulatu has also affirmed the country’s commitment to closely support all investors in their endeavor.