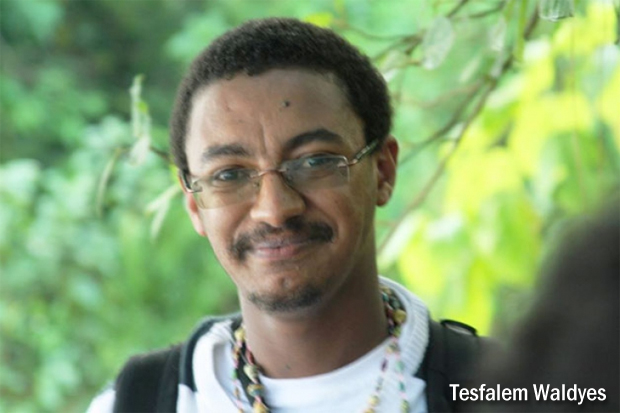 All six of them appeared before the Federal First Instance Court First Criminal Bench at Arada and were charged with â€œWorking with foreign organizations that claim to be human rights activists and agreeing in idea and receiving finance to incite public violence through social media. The detainees are charged under three files.

Tesfalem Waldyes, Asmamaw Hailegiorgis and Zelalem Kibiret are charged under one file. Befekadu Hailu, Mahlet Fantahun and Abel Wabela are charged under another file. Where as Atinafu Birhane, Natinael Feleke and Edom Kassaye are charged in a third file. The hearing was presided by a judge Liya Zenebe.

Police alleged that the suspects have been disseminating information via social media, internet and websites that destabilizes nation.

Though police requested the court for 15 additional days for investigation, the court allowed only 10 and 11 days.

Asked about the detaineesâ€™ condition and the reason for theit arrested, Shimelis Kemal, deputy head of Government Communication Affairs Office (GCAO) with a state ministerial portfolio, told The Reporter that he did not know anything but indicated that he would try to assess the matter.

All six bloggers were arrested at night by armed security forces and taken from their homes to the Federal Police Crime Investigation Sector â€˜Maekelawiâ€™.

One of the detainees, Tesfalem Waldyes, is a journalist who occasionally writes for Fortune â€“ the business weekly newspaperÂ  â€“ and Addis Standard magazine.