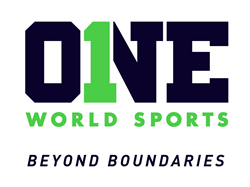 ONE World Sports will be available later this spring on channel 309 to customers who subscribe to the FiOS TV Extreme and FiOS TV Ultimate packages. Those two packages are available in allÂ Verizon FiOS TÂ V markets, covering more than 25 cities including the major metropolitan markets of New York, Los Angeles, Boston, Philadelphia and Washington, D.C.

Recent research by Frank N. Magid Associates found that 56% of 18- to 34-year-olds and 63% of all males in the same age group are interested in watching ONE World Sports. In addition, more than one-third of all pay-TV subscribers said they would be more likely to switch providers to gain access to ONE World Sports content.

â€œOur launch on Verizon FiOS will significantly expand our U.S. footprint,â€ said Alexander â€œSandyâ€ Brown, president and CEO of ONE World Sports. â€œWeâ€™re very excited to announce this important milestone with one of the countryâ€™s most advanced video distribution companies.â€

â€œAs we increase the number of channels that embrace the benefits related to driving viewership, we are pleased to add this additional global sports source for our customers and begin our partnership with ONE World Sports.â€

ONE World Sports is owned and operated by ONE Media Corp., which also owns and operates ONE CONNXT, a global HD/SD broadcast video transport services provider; America ONE Television, a general entertainment and sports broadcast network; and America ONE Sports, a leading provider of live broadband sports.
For more info, seeÂ http://www.oneworldsports.com