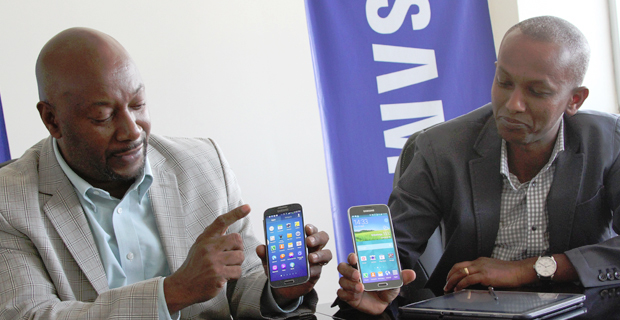 Robert Ngeru, is vice president for Central and East Africa for Samsung. A graduate from the University of Sunderland, United Kingdom, he joined the company four years ago. He has worked as Chief Commercial Officer for the East Africa region, before getting promoted to his current post.

The following is an interview conducted by the Addis Ababa-based weekly English business publication, Addis Fortune.

Q: The Samsung Galaxy series is released every year in quick succession. How do you keep your customers focused?

Robert Ngeru: Galaxy is all about flagship and we are making products easier to use; reaching out to more customers and driving information, access to the internet, access to technology and research. We have from the Galaxy S5 all the way to the Galaxy Star, which is sold for less than a hundred dollars in shops today. We have a device for every segment of the market.

Q: When the Galaxy S5 was launched in Nairobi, Kenya, last week, you stated that you will replace it two times if the product is smashed or spoiled by water. Will the same deal apply to the Ethiopian market as well?Â

Absolutely. The S5 is actually dust and water resistant. If one buys it locally in Ethiopia, the only way to get it is through the authorised sellers in the country. For the products sold anywhere in Ethiopia, therefore, we will give what we call accidental damage handling. If your phone breaks â€“ the screen or water damage â€“ we will replace your screen two times within the warrantee period. 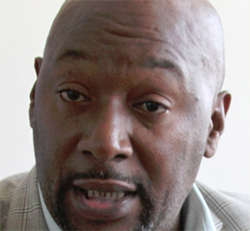 Q: Some say that the majority of changes in the Galaxy S5 are concentrated on software rather than hardware. Why is that? Have you hit the magic formula for the physical appearance of smartphones with the Galaxy S4?

Well, the screen is slightly bigger and the camera has become the best in the world. The battery in the S4 was 2,200mamps, while the battery in the S5 is 2,800mamps. And the S5 has become water and dust resistant. These are hardware changes. And we have added a new feature called Battery saver, which if activated will enable you to use your phone for 24 hours, even if your battery is low.

Q: Do you think these are big enough changes to sway customers from competitors and make S4 owners upgrade to this one?Â

I would only ask you to try it, and then you will tell me how you find the experience. I think the improvements in the camera are really significant and the dust and water resistance features are real milestones.

Q: Speaking about reviews, CNET â€“ the influential US based media website that publishes tech product reviews â€“ has stated that â€œwith the exception of a few nonessential hardware and software additions, like the finger print scanner and novel heart-rate monitor, and a few design tweaks, you are pretty much looking at the same phone Samsung released in 2013â€. What is your take on this?Â

The categories are totally separate for the two phones, the S4 and the S5, and reviews are personal. It is an editor review not a statement by the organisation necessarily. Everyone is entitled to their own opinion, but let us first see the market. Let us go to the market and drive it aggressively. You can track your health using this phone and I do not think anybody has that on a smartphone.

Q: When it comes to the Ethiopian market, the contraband trade is a big burden for the electronics market, especially for mobile phones. In fact, the S5 was being sold on the streets of Addis even before it was officially launched for the regional market in Nairobi. How is this affecting your relationship with your authorised dealer here?

Tadios Awol: Yes it is definitely affecting our dealers here. And we have been negatively affected by grey importers as have others sectors. It is indeed a burden and a big challenge for the mobile business.

Q: When can Ethiopian buyers get their hands on Samsung Galaxy S5 and how much is it going to cost them? 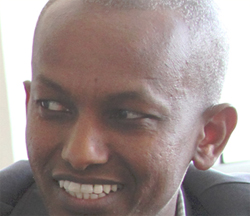 Tadios: We are in the process of importing it. Basically, Garad Plc is importing it. Once we receive it, we will make an announcement and launch the product for the Ethiopian market. We expect it in the next three weeks. And the price will definitely be less than a thousand dollars â€“ somewhere between 12,000 Br and 15,000 Br.

Q: You have said that â€œI like developing solutions that make it easier for people to do thingsâ€. How is Samsung going to accomplish this in Africa, and specifically in Ethiopia?

Robert: We are talking to content developers locally to produce localised content relevant for the Ethiopian customer. We need to work with the people because they are the once who know what they want.

This is because I do not want to ship a phone made in America for the American consumers into Ethiopia. I would like to ship customised products with local applications.

Tadios: For example, there is an application called Arif Zefen, why not Arif Film or Ethiopian Box Office? But all this requires research by someone from Ethiopia and developers to develop the applications for us. Right now, the local developers are working with Google in Nairobi, which is our partner.

Last November, we opened the Samsung engineering academy with the Addis Abeba Universityâ€™s Institute of Technology. Thus, we are still giving courses for mobile programming. Once these students graduate in a yearâ€™s time, we expect they will develop Samsung initiated applications for Ethiopian customers.