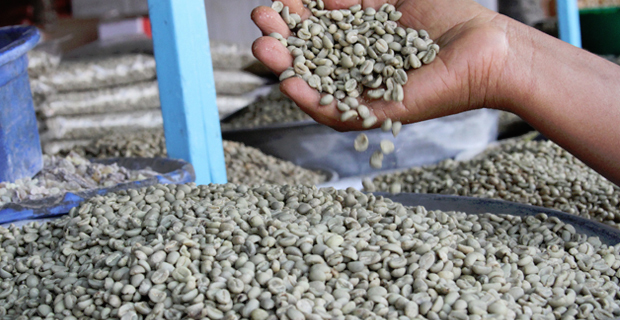 Addis Ababa, Ethiopia – Lema Edito & Sons Coffee Producer & Exporter S.C owns a 128.5ha plot of land in Limu Genet in the Jima zone of Oromia, on which it cultivates coffee. The company has been in the coffee business since 2000, according to Wondessen Lema, its general manager. The share company harvests 10qt to 12qts of coffee a hectare once a year from its farm. In its 14 years of existence, the company has had its ups and downs triggered by various factors beyond the control of the company.

Bad weather and market slumps have left their marks on the history of the Company. But the past few weeks have brought nothing but good news for the coffee exporter. In the second week of March, the Company, which exports its products mainly to the European and American markets, was able to sign an agreement with a buyer from Europe to supply coffee in its stock, for a mouth-watering 3.2 dollars a pound (lb) â€“ around 0.45kg.

â€œThe buyer is an old customer and we signed the deal for the amount we have in stock,â€ Wondessen told Fortune.

Just a month and half earlier, a pound of exportable washed coffee was traded on the Ethiopian Commodity Exchange (ECX) floor â€“ the sole marketing venue for major coffee trading in the fifth biggest coffee producer in the world â€“ for 1.15 dollars a pound. At the same time, at the end of January, a pound of coffee was sold for only 1.25 dollars on the New York Intercontinental Exchange (ICE) â€“ the international price index.

The sudden surge in international coffee price, which began in mid February, was triggered by reports of drought in Brazil â€“ the biggest producer of coffee Arabica, accounting for 29pc of the global coffee output.

Following the drought in the coffee producing belt of Brazil, the price of coffee in the futures market has shown an increment of 32.5pc in a matter of 20 days, according to the ICE. The export coffee market is a futures trade, where deals are made now for coffee shipments in months to come. Coffee, the second most sought after commodity, next to oil, has become a 100 billion dollar commodity, with 70pc of the global production being coffee Arabica.