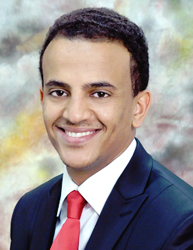 Recipients were selected for their outstanding academic achievements, perseverance through adversity and contributions to the community. Current and former students, in both credit and continuing education, are named to the Wall of Honor each spring.

TJ was born and raised in the impoverished area of Addis Ababa â€“ Ethiopiaâ€™s capital city. His father was a truck driver and his mother was a janitor. The family struggled financially and when TJ was still young, his father died. Life was very hard for TJ, his mother and siblings but despite these challenges, they persevered.

Through hard work and dedication, TJ earned a spot in the top 15 percent of his high school class and scored in the top 10 percent on national exams. Because of his educational achievements, TJ was given an opportunity by a missionary from Dallas to come to the United States to go to college.

From the first time he visited the Richland College campus, TJ says he â€œfell in loveâ€ with the internationally and ethnically diverse atmosphere.

â€œAt Richland, there is immense diversity with students from all over the world, yet there also is a sense of family and community,â€ TJ says.

TJ has excelled at Richland, maintaining a 3.7 grade point average. He is on the Presidentâ€™s Honor Roll and was the 2013 Phi Theta Kappa Texas honor scholar. TJ is one of the 2013-14 DCCCD Foundation STEM scholars and was a nominee for the 2014 International Scholar Laureate Program in engineering and technology.