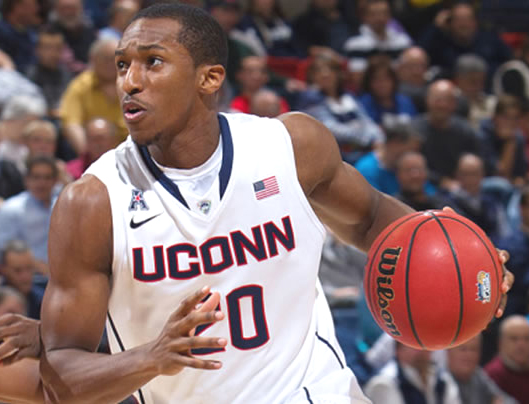 When the Connecticut Huskies hit the floor tonight against the Kentucky Wildcats in the final game of the US National Collegiate Championship finals, look out for the name Lasan Kromah(No. 20).Â Kromah, a standout out of the Eleanor Roosevelt High School was born in Queens, N.Y but is the son of Liberian lineage. His mother, Shewan hails from Liberia.

Kromah, a 6-foot-6 combo guard, graduated from George Washington earning his degree in criminalÂ justice butÂ was eligible to play for UConn after he entered Connecticutâ€™s masterâ€™s degree, having only played three years at GW. He had missed his entire sophomore year with a serious foot injury, aÂ lisfrancÂ sprain of the left foot.

UConn offered Kromah a scholarship after a suspended player, Enosch Wolf was booted off the team. The game which kicks off 9:10 p.m. ET will be televised by CBS. UConn and for DSTV subscribers, Sportsnet. UConn was the No. 8 seed in the East and Kentucky, the No. 7 seed in the Midwest, making this the title game with the highest combined seeds.