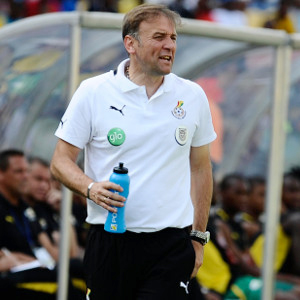 Addis Ababa -Â Ethiopian Football Federation (EFF) have made an abrupt u-turn revoking the appointment of Portuguese Mariano Barreto and in his place Serbian Goran Stevanovic is scheduled to travel to Ethiopia for personal talks.

In an exclusive interview with supersport.com EFF president Junedin Basha intimated that they had done their investigations and found out Barreto was not suitable.

Junedin also alluded to the fact that Stevanovic’s agent had been blocking talks with the man EFF was looking to take over but they were finally sending an email to him on Monday to invite him to Ethiopia for talks on his salary and service to the national team.

“As a federation before we settle on a coach we do our investigations and after talking to the Ghana FA we found out that Mariano Barreto is not the suitable candidate for the top job .The media was in a hurry to report on the appointment and yet we had not made a decision as the federation”

“In our pursuit to get the best coach we have settled on former Ghana’s’coach Goran Stevanovic from Serbia but we have had problems with his agent who has been blocking communication between us and the coach.We will send him an invitation today so that he can come to Ethiopia we discuss modalities of employment and also his salary.We had alot of good coaches apply but we had to go for the best not meaning the rest were not suitable”Junedin told supersport.com

On why they had not shortlisted former Ethiopian coach Belgian Tom Saitfiet ,Judenin was categorical “Personally i liked Saintfiet for his impacable record but the federation in its quest to get a good coach had to look at all factors”he added

The passionate Ethiopian fans did not receive the appointment of Barreto positively with so many pundits dropping criticism on his career which many described suspicious and not satisfactory.

He was appointed Ghana coach in 2011 and sacked on March 19 2012. On June 2013 Stevanovic was hired by the Greek Super League side Veria FC and he left the position in August 2013.

Stevanovic signed an one-year deal with Chinese side Qingdao Jonoon in September 2013 and was sacked at the end of 2013 season after Qingdo relegation to China League one.