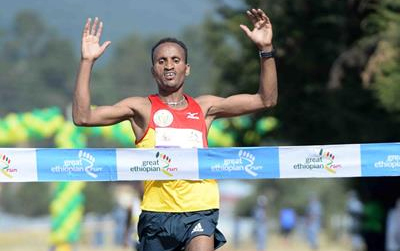 What is probably the best field ever assembled in the history of the event will be on the start line for the Sportisimo Prague Half Marathon on 5 April, including five men who have gone under the hour for the distance, announced theÂ IAAF Gold Label Road RaceÂ organisers on Monday (24).

The course record holder, the 22-year-old Ethiopian Atsedu Tsegay, will have Kenyaâ€™s Philemon Limo, the former holder of that distinction, among his rivals.

Tsegayâ€™s time of 58:47 set in Prague two years ago is currently the fifth fastest ever erformance on a record eligible course while Limoâ€™s 2010 win in 59:30 was also world class. â€œWeâ€™ve twice had winning times under the magical barrier of the hour in Prague. First, it was thanks to Philemon Limo, then Atsedu Tsegay ran even faster. Now they will be racing each other and I hope that weâ€™ll have a sub-60 minute performance for the third time,â€ said Jana Moberly, the elite race co-ordinator.

Apart from Tsegay and Limo, there are half a dozen athletes who have high hopes of being in contention.

Three of them have already run under an hour: Ethiopiaâ€™s Hunegnaw Mesfin has excellent form this year, finishing second in the Rome-Ostia half marathon recently in a personal best of 59:39.