Addis Ababa, Ethiopia – The South Africa-based Ngoyama Okpanum and Associates Group is bidding to have a stake in the Bole International Airport expansion project that will require some USD 250 million, The Reporter learnt.

According to Innocent Okpanum (Ph.D.), managing director and owner of the company, the bid requires contenders to handle both contract and construction management activities. Bidders will render a more demanding consultancy. The group company also runs for designing the master plan the airport envisages to have.

It is recalled that the budget and finance affairs standing committee of the House of Peoples’ Representatives will further review the draft bill, which governs the expansion project. At the moment it has secured some USD 225 million loan from the Chinese EX-IM bank. In 2012 Ethiopian Airlines managed to serve 6.34 million passengers and some 163.4 thousand tons of cargo and the parliament sees that it has become a challenge for the airport to handle anything beyond the current capacity.

During his recent visit to the capital, Innocent told The Reporter that he has planned to engage himself in Ethiopia in projects that will positively affect the society. One of the things he will do is join hands with public agencies responsible with handling the day-to-day clean ups and municipality activities. According to Innocent, making Addis â€œimmaculateâ€ is the immediate and short-term plan to work on. Â For the medium term, innocent envisaged that he would manage to indulge into the design and planning business. To him, Addis is not merely the political seat of Ethiopia; rather it serves as the home and the head for African nations. â€œThe leader should tell us where to go and should stand as a model for the rest to follow,â€ Innocent argues in a logical sense that Ethiopia is not there as a leader for the task. 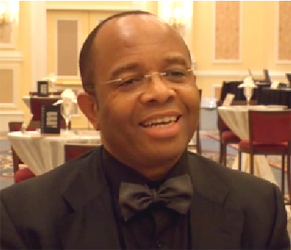 Having frequent visits to the capital, Innocent has been vocal in downplaying some of the construction going through. For the architect, the newly built roads are â€œbrutally cannibalizingâ€ the social and economic values of the society. Innocent claims constructions in the capital are mainly fixated on easing up traffic. Â  Systematically avoiding pedestrian walks is easily noticed as fatal errors of design and planning. He cites the road from Bole to Mesqel Square and the bridge over the railway crossing the square as the most brutal thing to do. According to Innocent, Mesqel Square is a representative symbol of the nation. The presidential stand is at the pick of the square and it no longer it serves the same purpose.

A few weeks ago, The Reporter was able to contact Innocent about his medium term plans and learned that he is dealing with the officials to have some 300 hectares of land to construct an innovative and technology city within the city. If successful, the proposed plan may consume some USD 2.7 billion; equivalent to the cost of the new similar project that Innocent has the go ahead on from the Nigerian government.

In the long run, Innocent plans to have a closer touch with stakeholders of the nationâ€™s architects and others so that a quarterly forum will be organized to debate about the planning and design aspects of architecture. He also plans to promote young affiliates of the profession to have firsthand exposure and internship grants for which he promises to cover all expenses. Currently, some final year students of Addis Ababa University (AAU) have had the chance to go to South Africa and explore practical experiences.