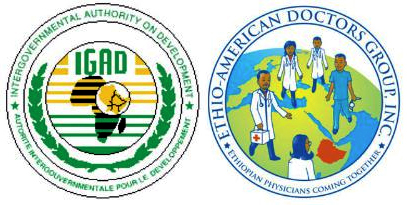 WASHINGTON, March 12, 2014 (PRNewswire-iReach) – The Intergovernmental Authority onÂ Development (IGAD) and Ethio-American Doctors Group, Inc. (“EADG”) have signed a Memorandum of Understanding agreeing to locate the Regional Cancer Center of Excellence (“RCCE”) at the hospital and medical village complex being built by EADG in Addis Ababa, Ethiopia.

According to World Health Organization report (2008), cancer accounts for 12.5% of all death globally, or 21% of all worldwide non-communicable deaths. Incidences of cancer will increase from 12.7 Million in 2008 to 20 Million by 2030, and death from cancer is expected to reach 13 Million annually by 2030. It is even more shocking that 63% of global cancer death, or 56% of new cancer cases, are in the developing world. Excluding skin cancer, 50% of the 10 Million people diagnosed with cancer annually live in developing countries. Developing countries are extremely underserved with cancer therapies: only one-third (1/3) of radiotherapy facilities are located in developing countries. It is appalling that 15 AfricanÂ countries do not have a single radiation therapy machine.

The goal of the RCCE is to serve the people of IGAD member states to prevent, treat, educate and conduct relevant research related to cancer; train future cancer caregivers in all members states (capacity building); realize economic benefits from controlling and/or eradicating cancer; and leverage combined resources to seek international partners, such as medical equipment manufacturers, pharmaceuticals,Â education and research institutions and financing firms.

ABOUT IGAD and EADG

The Intergovernmental Authority on Development (IGAD) is an eight-country regional oganizational body with the following member states: Djibouti, Eritrea, Ethiopia, Kenya, Somalia, South Sudan, Sudan and Uganda. IGAD succeeded the earlier Intergovernmental Authority on Drought and Development (IGADD), a multinational body founded in 1986 with a focus on development and environmental control.

Headquartered in Djibouti, IGAD expanded its activities in 1996 with initiatives to improve investment, trade and banking environments, and regional integration issues of member states.

Ethio-American Doctors Group, Inc. is a US-based corporation with offices in Washington DC and North Carolina with a mission to build an economically sustainable, center of excellence hospital that will deliver internationally accredited standard of care and become the catalyst for change in how health care is delivered in the region and Africa. EADG has physician members covering 31 different specialties and subspecialties from all over the world, including 28 States in the USA, Ethiopia, Canada, theCaribbean, England, Germany, Ireland, Norway, Qatar, Scotland, Sudan, and Sweden, and US Virgin Island.