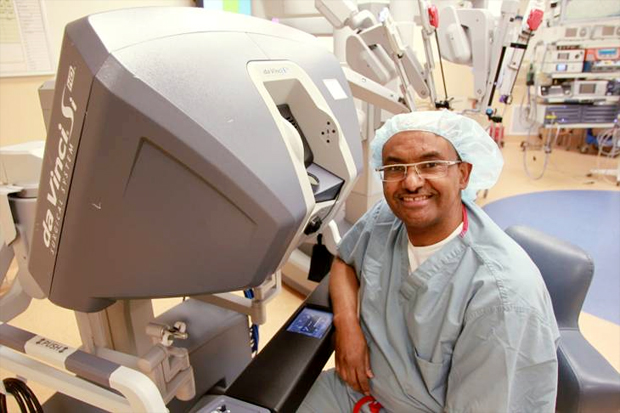 Hiding in the mountains of Ethiopia, teenage rebel fighter Mulugeta Kassahun, armed with an AK-47, waited to attack.

He and his Marxist comrades would trek at night to a town and blend with locals to avoid suspicion. All the better if it was cold and raining, as government soldiers were sure to be snug in their barracks. When the moment came, the rebels burst into action, attacking the unsuspecting troops with rifles and explosives â€” and then quickly run off. Safe to say, itâ€™s not how most future doctors spend their high school years.

After the war was lost, he came to the United States as a refugee. Despite some tough times here, he has achieved a lot in his adopted country.

He graduated with honors from college, worked as a pharmacist, became a surgeon and even joined the U.S. Army Reserve, which took him to Iraq. In his Las Vegas practice, he operates every week â€” sometimes with an elaborate robotics system â€” on people with bladder, testicular, prostate or kidney cancer.