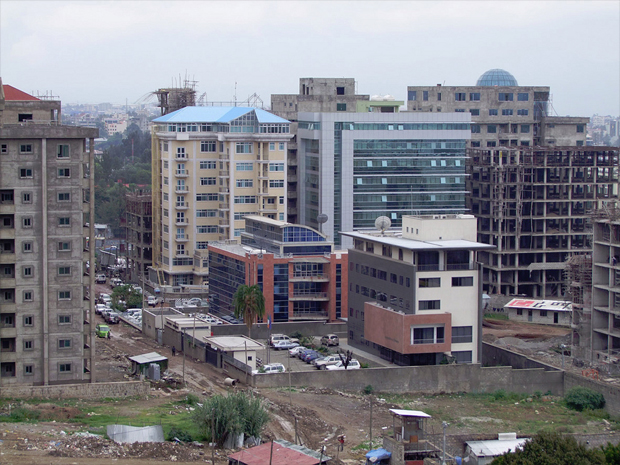 Addis Ababa (AFP) – Above Addis Ababa’s concrete skyline, cranes tower high amid blasts from nearby drills and diggers. At the feet of buildings shrouded in bamboo scaffolding, excavators dig up dirt tracks, to be replaced by paved roads and a modern railway.

It is a scene common to most neighbourhoods in the Ethiopian capital, which has turned into a giant building zone and a city in transformation.

“It looks like a construction site when we compare from the previous time,” said Berhanu Kassa, manager of B.B. Construction in the Ethiopian capital.

“Especially in the past five years, it’s a really big change,” he added, speaking at the site of his latest project, a mixed-use commercial building on one of the city’s main thoroughfares where workers offload concrete slabs from a delivery truck.

Addis Ababa’s construction boom — funded both from private and public coffers — is being driven by the country’s recent rapid economic growth.

But the government hopes it will attract further investment and help industrialise the economy in order to reach middle income status by 2025.

The public works projects, worth billions of dollars, include new roads, railways and massive power generation schemes across the country.

Meanwhile the majority of new buildings are owned by private investors, who by law must be Ethiopian citizens. 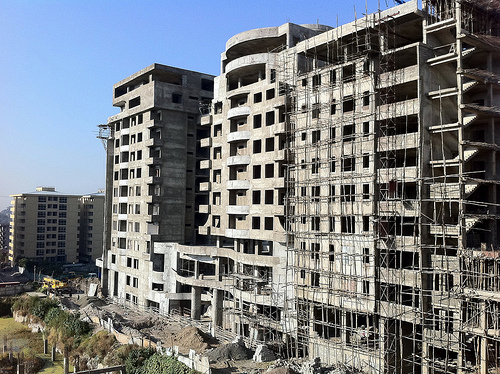 “The basic engine blocks of economic transformation are the infrastructure,” said Zemedeneh Negatu, managing partner and Ernst & Young in Ethiopia.

But analysts point out that the boom in construction is also a symptom of the weakness of the financial system, which leaves the business community with few investment opportunities outside of the sector.

“This is the most attractive investment opportunity in the country for the time being since we do not have a financial market that is working properly,” said the head of the IMF mission in Ethiopia, Jan Mikkelsen.

“There’s no financial markets, no stock exchange, so real estate investments seem to be the most attractive from that point of view,” he added.

The majority of the new buildings are hotels, apartments and offices.

Most are being built by Ethiopian-owned construction firms, though foreign-owned contractors from China or Turkey are cashing in too.

The government said the big push in the sector — which is bolstered by state-led incentives such as tax breaks and ready access to land — is driven by the need to create jobs for Ethiopiaâ€™s 91 million people, about one in four of whom are unemployed.

“We are struggling to eradicate poverty and create jobs,” said Desalegne Ambaw, state minister for urban development and construction.

Officials say four million jobs have been created in the last three years, including an increase in construction sector employment.

But Mikkelsen warns that resources should not be pooled too heavily into infrastructure projects, no matter how crucial for development.

“There is a need for construction, but of course there’s a limit to how much you can get out of that and these are potential resources that could have been used for other means and maybe more export-oriented businesses as well given that there is an urgent need for more foreign exchange,” he said.

Imports outweigh exports by a factor of four, according to IMF data, which starves the country of foreign exchange.

IMF forecasts see the public deficit possibly swelling to 44 percent of gross domestic product within several years, nearly double the current level that means the country is borrowing a fifth of what it spends.

As it is, the financing shortfall for public works projects is already ten percent of GDP.

But for now, Berhanu said he is grateful for the government’s focus on the construction sector, since his business is booming. 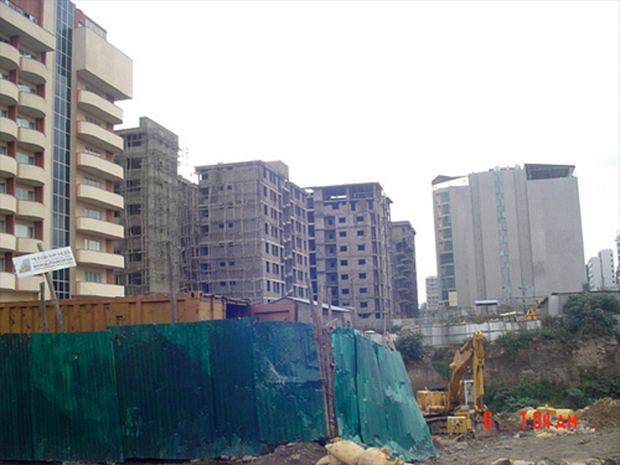 “From a business perspective we are busy, sometimes it is even beyond our capacity,” he said, adding that his company has grown from three people to over three hundred over the last 20 years.

Berhanu said Ethiopia’s economic growth is fuelling the expansion of his business by creating a demand for new infrastructure, and he in turn was contributing to this by creating employment and supporting local industries.

Zemedeneh is confident it will continue to attract investors from abroad who witness the country’s growth for themselves and said he only expects the cityâ€™s transformation to continue.

“The bottom line is you will not recognise Addis if you come 10 years from now, it will be a completely, completely different city,” he said.