Addis Ababa, Ethiopia – The Addis Abeba City Roads Authority (AACRA) has built 255 km of road during the first half of the 2013/14 fiscal year, achieving 54.4pc of the total asphalt, gravel and cobblestone roads planned for the year. 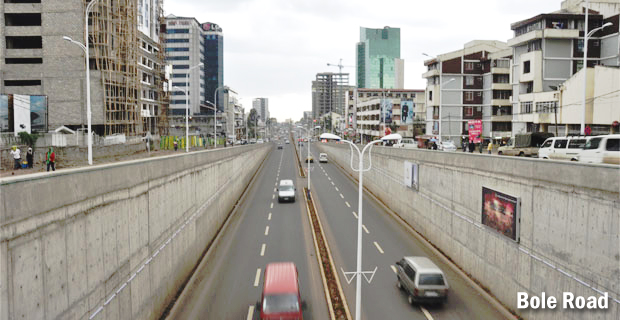 The projects carried out over the six months from July 8, 2013 to January 8, 2014, consumed 1.8Â  billion Br in capital budget and 31.4million Br in regular budget, according to the Authorityâ€™s six-month performance report.

With a budget in excess of 3.83 billion Br, the AACRA enjoys the largest budget share of all institutions under the City Administration.

The ACCRAâ€™s budget for this fiscal year shows a staggering 155pc leap, when compared to the previous yearâ€™s budget. Such allocations allow the AACRA to regain priority, after having relinquished its place to the Addis Abeba Water & Sewerage Authority (AAWSA) in previous years.

Unlike the previous year, the Cityâ€™s Cabinet also rewarded the AACRA by allocating them a budget higher, by 16pc, than the one they requested. The AACRA was not so lucky last year, after getting only a third of its request of three billion Br.

The road projects carried out so far engaged some 20 contractors and consultancy firms in the sector and created jobs for tens of thousands of citizens. Read more at Addis Fortune