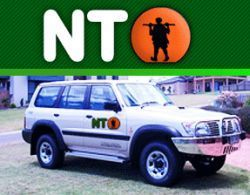 Solomon Yitayew, 38, came back to his birthplace recently after living abroad for many years. And, one of the items in his to-do list is to see major historical sites in Ethiopia, preferably in the comfort of his own car.

Deciding to rent, Solomon Â visited a few of the car rentals in the capital only to be befuddled with the lengthy and tiresome process to get one. Surprisingly, his temperament came out of his insightful observation on the sprouting market of car rental in the city. â€œSurprisingly, annoying suspicion and at time rude intrusion on the privacy of the renter are common features of car rental business in Ethiopia,â€ he observed. To his astonishment, he also observed that the sector is highly unregulated. The service is abused not only because of the agents and individuals who rent cars, he explains, Virtually, there is no system that runs the sector.

Addis Ababa, a 127-year-old city, often dubbed as the capital of the continent, seems to be in a constant struggle to live up to its name and to become a classy metropolis where service delivery meets global standards. In a bid to fit such high standards, businesses are adapting themselves to new ways everyday. In spite of the city’s ambition and tremendous amount of progress beginning a decade or so ago, significant change had been hard to come by. As can be imagined, transportation facilities, hotels, trade and investment are central to this overall move towards a thriving metropolis. Car rental service is one of the new businesses that have now become a lucrative venture around town. In fact, this business is believed to have attracted a few millionaires while serving some as a springboard to be one. During the past few years, many have joined the sector and many have even expanded to open several branches in the different corners of the city.

In fact, companies like the National Tour Operation and Travel Enterprise (NTO) entered the service sector a while back; and they remained active for the past three decades. Being the biggest, NTO has earned a name for itself as a reliable travel agency. However, many more came and joined the industry following the foot-steps, though some say that the country has hardly seen such a successful enterprise in fostering the immense tourism potential of the country. Nevertheless, in the light of an even greater success in other neighboring countries, the industry as a whole often falls under criticism.Â Read more