California football player Ted Agu (Nigerian-American)Â died Friday morning at age 21 after collapsing during a training run with his teammates.

“This is one of those tragedies that no one can understand and comprehend,” an emotional coach Sonny Dykes said at a news conference hours after the death.

“Ted was a very special young man. As a coach, you have the opportunity to be around a lot of special kids day in and day out. He was a special young man. He just had a passion and energy for life that’s contagious. He will be deeply missed. Our players loved him dearly and he was a big part of our family.”

Agu was on a training run near Memorial Stadium with his teammates early Friday morning that was supervised by multiple members of the team’s medical staff.

Team physician Dr. Casey Batten said the medical staff saw he had difficulty completing the workout and he was transferred by cart about 150 yards to the stadium.

“He was on the back of the cart, he was talking, he was hydrating, he did not exhibit any labored breathing or other signs until he got to the north tunnel,” Batten said.

He then collapsed when he got to the medical facility at the Simpson Center at the stadium around 7 a.m. and emergency medical personnel were alerted and Agu was given CPR. He was quickly taken to Alta Bates Medical Center, where he was pronounced dead.

A medical examiner will determine the cause of death, a process that can take several weeks.

Batten said Agu never had any previous problems with workouts or practice during his time at Cal.

Agu’s teammates were told of the death at an emotional team meeting Friday morning.

“They and we are devastated,” athletic director Sandy Barbour said. “We lost an incredible young man. Our student athletes have lost a brother who they stood shoulder-to-shoulder with in the classroom, on the athletic fields and in this community. We are all hurting.”

Barbour said the school is providing counseling sessions for the other players.

Agu, listed at 6-foot-1 and 240 pounds, was a defensive end from Bakersfield who was going to be a fifth-year senior next season. He arrived at campus as a walk-on before earning a scholarship last year. He played seven games last season, recording six tackles. Agu, who was called the “ultimate team guy” by Dykes, played five games the previous two seasons.

“He’s a walk-on who came here because he loved the game,” Dykes said. “He played a lot for us last season, played some on scout team. When on the scout team, he attacked that with the same vigor as he prepared for games. He’s someone who had a passion for life, loved to learn, loved to laugh. He had a great sense of humor. He’s just a special young man.” 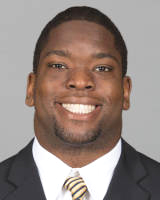 Freshman defensive back Cameron Walker wrote on his Twitter account that he loved Agu and appreciated all he did to help ease his transition to college.

“You were a blessing to all of us and it hurts so bad to know that I’ll never walk next to ur locker again and hear your voice speaking to me,” Walker wrote. “You left too soon. But ur in a better place now & we all have another guardian angel watching over us. I love you, Ted. I miss you already. I’ll never forget you, Pre-Med Ted. You and your family are in my prayers.”