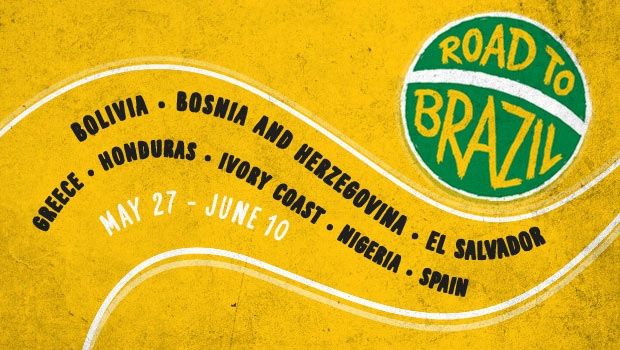 Nigeria and Ivory Coast will play in a series of World Cup warm-up matches in the United States that will also feature world champions Spain.

Major League Soccer is organisingÂ the “Road to Brazil” event,Â Â in which eight teams will play matches across North America between 27 May and 10 June.

Greece, Honduras and Bosnia and Herzegovina are the other World Cup teams to have signed up.

Bolivia and El Salvador, who are not going to Brazil, are also involved.

MLS said it will announce details of matches and venues at a later date.