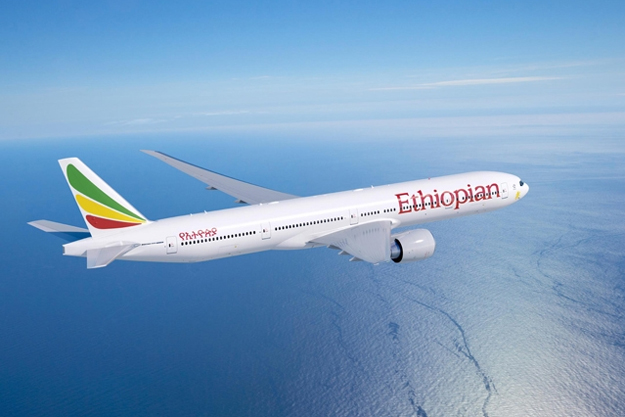 As it enters a strong period of growth with new aircraft arrivals and the best inflight product in its history, Ethiopian Airlines, the fastest growing and Africa’s award- winning Airline, appoints Surrey, UK based Emerald Media to handle its UK and Ireland public relations brief effective January 15th.

From London Ethiopian offers connections with 48 destinations on the African continent.Â Â  Options include six weekly flights to Ethiopia’s capital Addis Ababa, flights to popular holiday destinations such as Zanzibar, Mombassa, or Kilimanjaro and schedules to growing business centres such as Lagos and Johannesburg.

As part of its PR efforts, Emerald Media will highlight Addis Ababa as a destination in its own right, but also as an emerging and convenient hub for attractive destinations in Africa and onward long haul destinations on the Ethiopian network such as Guangzhou in China and Rio de Janeiro, ideal for this year’s World Cup.

“Our increased capacity with state-of-the art equipment such as the Boeing 787 Dreamliner, and an award winning cabin product provides us with the perfect opportunity to bolster our PR efforts in the very important UK and Ireland market.Â  We selected Emerald Media following a competitive pitch because of their strong media contacts, their experience and understanding of the aviation sector,” said Michael Yared, Country Manager, UK & Ireland.

In December 2013 and January 2014 the carrier welcomedÂ  two of its Boeing 777-300ER (Extended Range) aircraft to its international fleet and two additional 777-300ERs, all in two class configuration, will join Ethiopian’s expanding fleet in 2015, providing the Addis Ababa based carrier with more options to serve new and existing routes across Africa and beyond.

Ethiopian Airlines was named African Airline of the Year by the African Airlines Association, in recognition of the airline’s international service standards, continuous profitability and fast expanding network.Â  The accolade followed hard on the heels of Ethiopian scooping the Skytrax Award for Best Airline Staff Service in Africa 2013, widely regarded as the most prestigious world airline industry award providing the global benchmark for excellence in customer service.

Ethiopian Airlines is participating at the Business Travel Show at Earl’s Court, London on the Star Alliance Stand during 4th to 6th February.

Ethiopian Airlines (Ethiopian) is the fastest growing Airline in Africa. In its operations in the past close to seven decades, Ethiopian has become one of the continent’s leading carriers, unrivalled in efficiency and operational success.

Ethiopian commands the lion share of the pan-African passenger and cargo network operating the youngest and most modern fleet to more than 79 international destinations across five continents. Ethiopian fleet includes ultra-modern and environmentally friendly aircraft such as the Boeing 787, Boeing 777-300ER, Boeing 777-200LR, Boeing 777-200LR Freighter and Bombardier Q-400 with double cabin. In fact, Ethiopian is the first airline in Africa to own and operate these aircraft.

Emerald Media is a specialist public relations company for the airline, aerospace and business aviation industries.