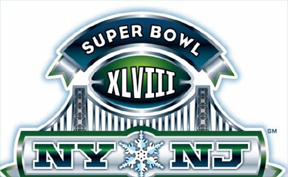 February 2nd will mark a special day in American calendars. Almost akin to a national holiday, the whole country will come to a standstill to bear witness to one of the biggest sports spectacles of the year, the Super Bowl. With only a short time left, anticipation for the footballÃ¢â‚¬â„¢s biggest event is reaching fever pitch. The Super Bowl is perhaps AmericaÃ¢â‚¬â„¢s biggest sports event and brings an exciting start to 2014 for the sports fans, even that the Super Bowl 2014 tickets are already short but the excitement will not dull all year round. Here we take a look at the biggest sports events scheduled to take place in 2014 that will keep the sports enthusiasts in high spirits.

The latest edition of AmericaÃ¢â‚¬â„¢s biggest sports event is scheduled to be held at the famous MetLife Stadium in East Rutherford on February 2, 2014. As of January 8th, we know the eight teams who have a chance to compete in the mega event. These are the NFCÃ¢â‚¬â„¢s Carolina Panthers, New Orleans Saints, San Francisco 49ers and Seattle Seahawks, and the AFCÃ¢â‚¬â„¢s Denver Broncos, Indianapolis Colts, New England Patriots and San Diego Chargers.

It is the first Super Bowl in 38 years to be played on Field Turf and also the first to be played in cold weather conditions. This mega event is shaping up to be a glorious one as the Big Apple becomes the battle ground to crown AmericaÃ¢â‚¬â„¢s newest football champion.

The biggest crowd puller spectacle in soccer is coming to Rio this year, as the worldÃ¢â‚¬â„¢s top soccer countries get ready to battle it out to crown a world champion for the twentieth time in history. Reigning world champions and European champions, Spain will look to retain the title as they boast the strongest squad in the tournament. Strong challenges can be expected from other European powerhouses Germany, Italy and France and not to mention the host Brazil, who are the 2013 Confederations Cup Champions.

The biggest prize in European club soccer, the Champions League trophy, will once again find a new home on May 24th, at the famous Estradiol da LuzÃ‚Â inÃ‚Â Lisbon, Portugal. EuropeÃ¢â‚¬â„¢s elite clubs will compete over an extended four month playoff period to determine the final two teams. The lucky one that emerges as a winner will get a chance to lift one of world soccerÃ¢â‚¬â„¢s most prestigious trophies.

Featuring the best teams from the entire continent, the show down between clubs like Real Madrid, Barcelona, Arsenal, Chelsea, AC Milan and Bayern Munich is one of the most anticipated sports spectacles of the year.

The most prestigious event in tennis, the Wimbledon Championship is amongst the most watched and respected tennis events in the world. The summer extravaganza held annually in London is host to the best tennis players of the world. Famous for its strict dress code, royal patronage and a host of celebrity audience members, the hype surrounding the next tournament usually starts immediately after one ends. This is the greatest tennis tournament in the world that has become more of an English tradition.

In 2013, after a long period of 77 years, Andy Murray became the first British player to win the title and make history. Murray beat the world number 1, Novack Djokovic in straight sets, and it will be interesting to see if the Scot can retain his title against Djokovic this time around. But the more interesting question is, will Rodger Federer and Rafael Nadal after getting knocked out in the early stages last year, be able to mount a serious challenge for the title which they have hotly contested for the best part of the last decade? Only time will tell, but this yearÃ¢â‚¬â„¢s championships are shaping up to be one of the most anticipated sports events of the year.

The 22nd Winter Olympic Games are scheduled to be held from the 7th to the 23rd of February. Though they are the lesser popular edition of the Olympics, the Winter Games are still the most prestigious event of winter sports. Boasting a number of thrilling events, the almost three weeklong extravaganzas will showcase some of the most talented skiers, hockey players, skaters etc from the world over. Scheduled to be held in the Russian city of Sochi, the Winter Olympics will be held alongside the Paralympics and the two events are guaranteed to be amongst the most exciting sports events of the year.

Kim Lee is an Entertainment and career reporter in college and has been working as a freelance writer for different news sites.